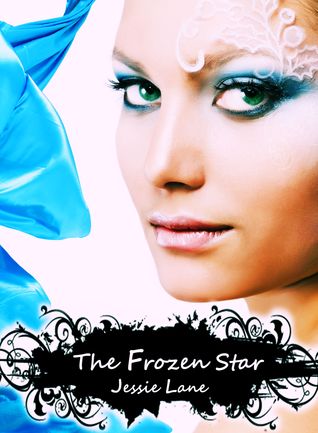 Kay had discovered secrets, lies, shocking truths, and even love in a strange new world hidden from humans. Everything she thought she knew was turned upside down when she found out three things:

- She has a power she can't control.

- And there was a possibility that she had found a way to cure the cancer that was rapidly killing her with that very same power.

Then, just when she was on the precipice of gaining everything she wanted and saving her own life, tragedy struck. Will she be able to fight her way back to Ryan and save herself in the process?

Kira had lived a terrifying and confusing life of servitude and abuse under Lord Donovan and his son, Cole. It was an existence that had stripped away her emotions, and eventually, her reason to keep fighting. Just when she thought freedom was within reach, Lord Donovan struck again, ruining her plans and almost killing her in the process. When she awoke from her injuries, it was to stunning revelations that would change her life forever. Changes that she was not entirely sure she wanted to embrace.

Persistent individuals such as Prince Kane refuse to let her walk away, though. Will she embrace all of the sudden fortune in her life? Or will she walk away from those who need her most, forsaking their acceptance and love?

Kay’s journey of a lifetime started in the woods outside of Asheville, North Carolina. It was there that the 17 year old met a beautiful man along with a monster. The chance encounter led her to an unbelievable world that shouldn’t exist; a place where myths and fairy tales were real, and in some cases, deadly. Kay knew she would have to brave this new world if she hoped to find a cure for her terminal cancer.

With a strange yet beautiful cast of characters that she would meet along the way, Kay uncovered truths that would change her life forever. However, before it was all over, it would become clear that Kay wasn’t the only one with problems.

Yet another 17 year old young woman was fighting for her freedom and her life.

Kira had lived in a magical world that Kay had only dreamt of. Despite this, her life had not been filled with many good things. As a matter of fact, she considered her empty, emotional solitude the only positive aspect of her life. She fought daily battles to escape abuse and torture.

Trained to be an expert assassin, she was charged with kidnapping Kay and delivering her to Kira’s master, Lord Donovan.

As the two young women set forth in their journeys, their paths would cross in unimaginable ways. The only question that would remain was who would come out alive and whole in the end?

As Lord Donovan left me to my own personal stone hell, the only sounds reaching my ears were the bricks grinding against one another as they moved this way and that way, reassembling the doorway into a solid, impenetrable wall once again. Solitary confinement. This boxed prison was going to be the last thing I would remember. Except I now knew that I had a sister. Had a sister. Maybe he was lying. He had to be. I mean, I would know if she’d died, right?

“Why can’t I remember anything?” I thought out loud as I tugged on my restraints again in hope the unbreakable thread would loosen its crippling hold on me.

“What’s worth remembering?” whispered a man through the cracks in the wall.

“Who’s there?” I hissed through clenched teeth in case the creepy man, or worse yet, his son, could be hiding in the shadows.

“Thoughts are fleeting and forever lost to time.”

“Where are you?” I asked as I shifted my head from side to side in hopes of catching a glimpse of where the voice could be coming from.

“There is nothing either good or bad, but thinking makes it so,” whispered the man’s voice as if he was reading a page from a book.

I thought I had heard that somewhere. An old memory perhaps? Or a newer one that I was meant to hold onto? A name was stuck on the tip of my tongue and with superglue nonetheless. It hurt to think about it, but I knew I had to keep trying.

I squeezed my eyes shut and tried to focus on something, anything other than the feeling of the stone walls closing in on me.

A flash of blue eyes and messy blonde hair danced in front of me but was still out of reach. The image shifted, and he turned around to face me again as his face drew closer. I watched with immense concentration as a breathtaking smile graced his handsome face and his eyes lit up with his devious intentions. I felt myself smile and the heat rise to my cheeks with just the mere thought of him.

He’s real; I can feel it in my bones. There was no way my imagination was that good. He was looking for me. I knew it just as I knew my heart was still beating. And I knew he was mine. I analyzed every millimeter of his face as if he was only an inch away, cementing it in heaps of concrete to make sure I would never forget the gorgeous man again.

There was a faint buzzing in the back of my head. It wasn’t strong, but it was constant. I could feel it getting stronger the more I stared at his eyes. It was a connection; our connection.

“Be alert, my muse, and stand your ground. She comes for you. Evil comes in the most beautiful forms and smells so divine to those to whom she feeds on. But to you, my dear, she will reek of the rotting flesh of her last victim. Hold your breath and look away.”

Wait a minute, hold my breath and look away?

“Is her breath so disgusting that I would need to suggest a Listerine big gulp, or maybe even a Tic-tac with a battery?” I replied without missing a beat and instantly heard his laughter echoing off the walls of his own cell and into mine.

“Full of life you are, my dear child. Hold on to that. It will be your saving grace in this forgotten prison.”

Full of life? Yeah, right, Yoda. I knew my days were numbered. It sounded so cliché, but I could feel it coursing through my veins. Something wasn’t right; it felt as if I was on fire on the inside. Only some inner voice told me the burning sensation was not only okay, it was good for me. How insane was that?

Book #1 (The Burning Star) is on sale for only 99 cents for a limited time!
Goodreads ** Smashwords ** Amazon ** Barnes&Noble ** Kobo ** All Romance
About the author:
Jessie Lane is the best selling author of The Star Series, Big Bad Bite Series and the Ex Ops Series.

She lives in Kentucky with her two little Rock Chicks in the making and her over protective alpha husband. She has a passionate love for reading and writing naughty romance, cliff hanging suspense, and out-of-this-world characters that demand your attention, or threaten to slap you around until you do pay attention to them.

M.L. Pahl (Melissa) has departed from the Jessie Lane pen name to pursue other things. She will be sorely missed, but I know she has an amazing future ahead of her. You can follow M.L. Pahl at: Facebook and Twitter

You can also check out her Facebook page that she shares with her older brother Matthew Leo for their upcoming book, Zombies Don't Ride Motorcycles, HERE