Excerpt and Giveaway: The WindKeepers Series by Anna Hackett 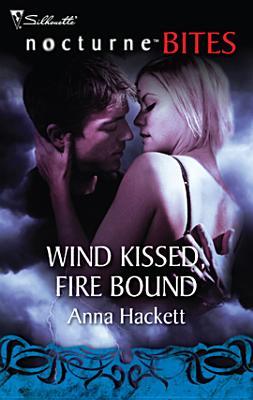 As Keeper of the Winds, Livia Cavalli needed to focus her power on keeping the evil Tempest Winds trapped in their island prison. What she doesn't need is to be distracted by sexy horse trainer Rafe Donovan. Three hundred years ago, Livia became an immortal Keeper to numb her emotions, but Rafe arouses her in a way she hasn't felt for centuries.

For Rafe, Livia is a challenge he longs to solveand take to bed. Once she's in his arms, their desire is overwhelming. But when his own powers reveal Livia's secret pain, he realizes taking her body isn't enough - he wants to heal her soul, too... 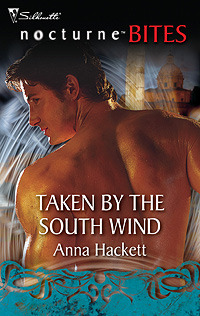 "The deadly Tempest Winds have escaped. Now, four brothers gifted with the power of the winds must recapture the "Venti Tempesta" before they can unleash their evil on the world..."

WindKeeper Dante Venti, Keeper of the South Wind, is in Rome on a mission to entrap the Southwest wind and its holder before it can infect humanity with the vice of pride. Dante already feels pride seducing him...but the "real" temptation is alluring assassin Samia Hassan.

Samia has been sent to kill Dante, but her body is irresistibly drawn to him, his power and presence enveloping her. And if she's not careful, "she" will be entrapped by Dante, body and soul...
The deadly Tempest Winds have escaped… 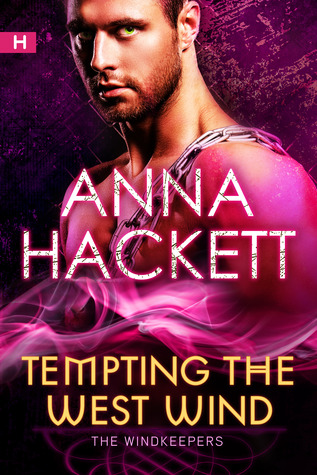 Antonio Venti, Keeper of the West Wind, wakes naked and chained, captured by the nemesis he hunts. The evil Northwest Wind is spreading the vice of lust across the city of Florence and Antonio feels his skin heating, his blood firing and his body wanting. He refuses to succumb, but then his cunning prey offers him his ultimate temptation—the woman he craves above all else.

Sophia Crane has given up on rich, cheating men. She’s come to Italy to focus on her art restoration and discover the truth about the legend of the WindKeepers, but then she wakes naked and locked in a room with her sexy boss. As Sophia and Antonio fight their scorching desire, Sophia learns the terrible truth about the power of the wind, and that she may either be Antonio’s salvation or his downfall. 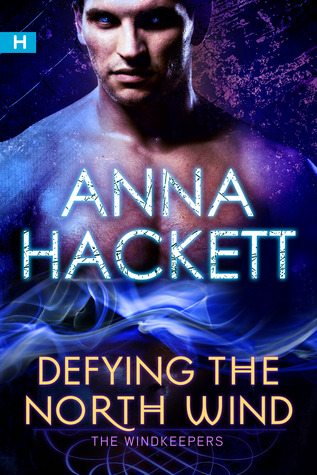 The deadly Tempest Winds have escaped…

Billionaire Luca Venti is head of Venti Enterprises and the Keeper of the volatile North Wind. He prides himself on his control and as he battles the deadly Northeast Wind in the heart of Venice, he refuses all help. But the vice of rage beats within him and when he discovers his new personal assistant is hiding more than just dangerous curves under her suit, his fury wants to be unleashed.

Rayne Santini was sent to spy on Luca, not to get involved with him and his explosive temper. She knows all about angry men who like to hurt others, but as she watches Luca struggle against his vice, she refuses to stand by and do nothing. But when their enemy entraps them, Luca’s control begins to crumble and the only thing standing between him and his rage is Rayne. 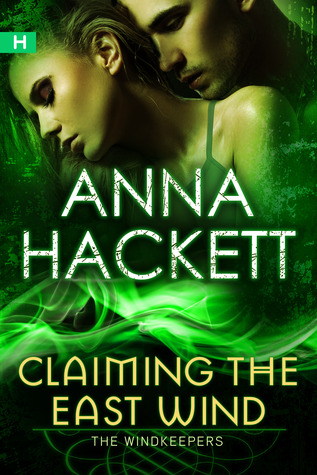 The deadly Tempest Winds have escaped…

Skye Santini has lived her life in the shadows, hiding from the horrors of her past. Tired of always being afraid, she vows that now is her chance to make a difference. She will be the virgin sacrifice to appease Soren Venti, the Keeper of the East Wind, who has succumbed to his vice of greed.

Locked away in his villa on Lake Como, Soren has no memory of his identity. He is driven only by the whispers of greed to take, own and possess, but then one fragile woman enters his domain. Soren wants Skye above all else…but he wants her willing, not as a duty-bound lover. As they are drawn together, their dangerous enemy, the Southeast Wind bears down on them. He wants Soren to join him and rule the world…and he knows that Skye is the only thing stopping him.

Claiming the East Wind
She was the virgin sacrifice for a greedy wind god.
Skye Santini clasped her hands together and tried to wrestle her nerves into some sort of submission.
She was failing. Big time.
Swallowing hard, she stared up at the beautiful villa. A cool, brisk wind blew in from Lake Como and tossed her hair around her face. She scraped it back. She could do this. She wanted to do this. Besides, she wasn’t exactly a virgin and the male locked inside wasn’t exactly a god. He was a man. A man who usually ran the finances for the successful company he and his brothers had built, Venti Enterprises.
Oh, and he was a WindKeeper on the verge destroying the entire world.
“This is insane. Skye, you can’t do this!”
Skye turned and watched her sister storm up to her. Rayne never held back from saying what was on her mind. She was also a trained Aurae warrior and the best big sister in the world.
“Rayne, I’ll be fine—”
“Fine?” Rayne gestured wildly. “The man has succumbed to his vice. He has no memory of who he is, no idea of his power, and no clue about the danger lurking close by.”
Skye looked again at the building. Vines climbed up the side of the cream-colored villa. Windows overlooked the manicured gardens that reached down to the lake. It was beautiful and she imagined, on most days, peaceful.
Today it was nothing of the sort.


Goodreads ** Smashwords ** Amazon ** Barnes&Noble ** All Romance ** Kobo
About the author:
I’m Anna Hackett and I write action romance stories to thrill you, excite you and leave you inspired. I write about people overcoming unbeatable odds and achieving seemingly impossible goals to inspire you with the truth that the possibility exists for all of us to do the same. I love car chases, explosions and spaceships…and of course when the boy wins the girl. Oh, and I’m a sucker for that moment when the team is walking in slow motion, shoulder-to-shoulder heading off into battle. After reading or writing an awesome action romance story, I’m left energized and feeling like anything is possible. I aim to give the same to my readers.

After reading this amazing excerpt, I really want to read the book. It seems very interesing :)

After reading this amazing excerpt, I really want to read the book. It seems very interesing :)

The series sounds wonderful. I would love to read this series.