the past, the present and a second Civil War... Murder at the CDC (Capital Crimes #32) by Jon Land

"A wonderful mystery novel, riveting until the last page." --Strand Magazine
"A terrific tale that never lets up." --Sandra Brown 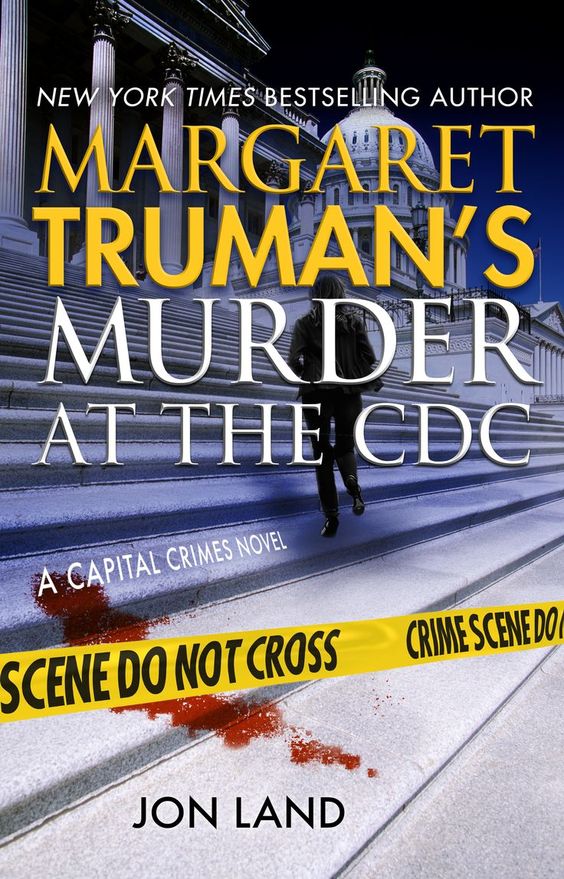 Description:
Release Date: 15th February 2022
Margaret Truman's Capital Crimes, #32| Each is a stand alone work.
2017: A military transport on a secret run to dispose of its deadly contents vanishes without a trace.
The present: A mass shooting on the steps of the Capitol nearly claims the life of Robert Brixton’s grandson.
No stranger to high-stakes investigations, Brixton embarks on a trail to uncover the motive behind the shooting. On the way he finds himself probing the attempted murder of the daughter his best friend, who works at the Washington offices of the CDC. The connection between the mass shooting and Alexandra’s poisoning lies in that long-lost military transport that has been recovered by forces determined to change America forever. Those forces are led by radical separatist leader Deacon Frank Wilhyte, whose goal is nothing short of bringing on a second Civil War. Brixton joins forces with Kelly Lofton, a former Baltimore homicide detective. She has her own reasons for wanting to find the truth behind the shooting on the Capitol steps, and is the only person with the direct knowledge Brixton needs. But chasing the truth places them in the cross-hairs of both Wilhyte’s legions and his Washington enablers.
GUEST POST
COVID-19: WHAT THRILLERS CAN TEACH US ABOUT OUR NEXT CHAPTER

Sometimes life really does imitate art. In 1994, Tom Clancy published “Debt of Honor,” a Jack Ryan thriller that climaxes with a catastrophic attack on the Capitol Building that eerily presaged 9/11 seven years later.

In the wake of tragic day, the Department of Homeland Security gave some select thriller writers a mission: conceive the next big attack on the country. We’ll never know how prescient the project, called “Red Cell,” actually turned out to be. We do know, though, that while thriller writers may not be able to predict the future, our work is based on anticipating it. And that's just what any number of bestselling authors did in penning books centered on pandemics and their aftermaths.

Let’s start with the granddaddy of them all, Michal Crichton’s seminal The Andromeda Strain which imagines an alien microbe with the potential to wipe out mankind. The five scientists assigned to Scoop Mission Control as part of Project Wildfire dissect the killer organism with the best technology afforded by 1969 standards, only to learn once they thought they’d figured everything out, the microbe mutated leaving them at wit’s end and back at the starting line. As John Timmer wrote for Ars Technica on May 5, “When COVID-19 made the jump into humans late last year, it was remarkably well adapted to spread among us. But that doesn't mean things couldn't get worse, as the virus will undoubtedly pick up new mutations as its population expands, some of which might make it more dangerous to humans. In fact, a draft paper recently posted online claimed to have evidence that a more infectious strain of COVID-19 had already evolved.” Meaning things could get worse still, much worse. And, some would say, they have already with the discovery of the fatal inflammatory disease suddenly showing up in children with the disease, along with the very real possibility it will become airborne.

Taking that a step further, in Children of Men, P. D. James envisions a desperately dark world in which adults have lost the capacity to reproduce. Though no explanation is ever given, some sort of microbe here too is the most likely suspect, giving rise to a totalitarian state that seizes power with civilization on the verge of collapse. Sound familiar? As the New York Times reported on March 30, “In Hungary, the prime minister can now rule by decree. In Britain, ministers have what a critic called ‘eye-watering’ power to detain people and close borders. Israel’s prime minister has shut down courts and begun an intrusive surveillance of citizens. Chile has sent the military to public squares once occupied by protesters. Bolivia has postponed elections.”

In Stephen King’s The Stand, meanwhile, a world ravaged by the “Captain Tripps” virus turns to tribalism with the forces of Mother Abigail warring against the Las Vegas-based minions of the demonic Randall Flagg, the so-called “Walkin’ Dude.” In that respect, COVID-19’s widening of our nation’s already deep social and economic divisions, with even the reopening issue the subject of deep partisan divide. To that point, writing for the Social Sciences Research Council on April 23, president of the Social Science Research Council Alondra Nelson posed, “What should be our prevailing theory of society after pandemic intervention breaks what we thought we knew about economy, governance, and expertise, and confirms what we know, but failed to address about social inequality?”

The fatalist worlds envisioned by Richard Matheson in I am Legend and Max Brooks in World War Z go The Stand one better by presaging a societal breakdown on an epic level with survivors fighting for what’s left of their lives against vampires and zombies respectively. Those monsters are actually metaphors in the micro for the total collapse of civilization in the macro. “Complex societies are social structures which are susceptible to collapse because complexity increases vulnerability,” Major General SG Vombatkere wrote for the Decann Herald on March 25. “When a sub-system in a complex system breaks down, it can be ‘repaired’ to restore the system’s normal functioning. Simultaneous breakdown of multiple sub-systems can become critical, necessitating resuscitation measures. It is analogous to multiple-organ failure in a human body—beyond a point, resuscitation in intensive care fails.”

Which brings us to Emily St. John Mendel’s award-winning Station Eleven, a book that picks up in the aftermath of a virus that has wiped out 99% of the world’s population. That’s a body count at least on par with any of the previous books and maybe the most bludgeoning of them all. The difference? The book serves up optimism for mankind’s future in the form of a traveling, minstrel-like band of actors striving to return a degree of normalcy to the lives of the survivors they come across. To that point, “There is no minimizing the horrors of the Black Death,” wrote David Rothkopf for USA Today on March 30. “But for those who lived through it, survival demanded innovation and adaptation. We do not face anything so severe. But we do know that throughout history, serious crises resulted in innovation born of the optimism that somehow society would live on and ultimately recover.”

Of all these fictional scenarios, Station Eleven serves up the most likely one we are destined to experience in the wake of COVID-19. History has taught as much, trumping fiction when it comes to the overarching theme of the general goodness of man. Even in I am Legend, scientist Robert Neville’s cure for the virus works. The Stand features Mother Abigail’s forces ultimate triumph over Randall Flagg’s. And Children of Men evolves into a dystopic celebration of life from which mankind is destined to survive, providing one antidote above all others that can beat the coronavirus: 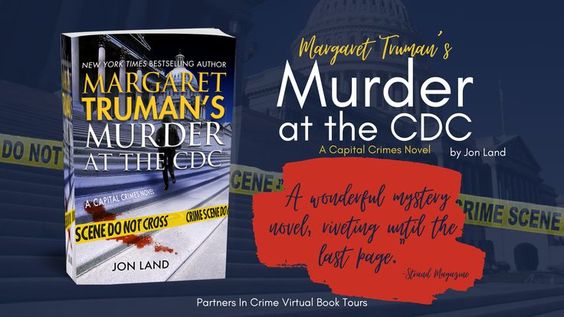 About the author:
JON LAND is the USA Today bestselling author of fifty-eight books, including eleven in the critically acclaimed Texas Ranger Caitlin Strong series, the most recent of which, Strong from the Heart, won the 2020 American Fiction Award for Best Thriller and the 2020 American Book Fest Award for Best Mystery/Suspense Novel. Additionally, he has teamed up with Heather Graham for a science fiction series that began with THE RISING (winner of the 2017 International Book Award for best Sci-fi Novel) and continues with BLOOD MOON, to be published in November of 2022. He has also written six books in the Murder, She Wrote series of mysteries and has more recently taken over Margaret Truman's Capital Crimes series, with his second effort, MURDER AT THE CDC, to be published in February of 2022. Jon is known as well for writing the film DIRTY DEEDS, a teen comedy starring Milo Ventimiglia and Zoe Saldana, which was released in 2005. A graduate of Brown University, he received the 2019 Rhode Island Authors Legacy Award for his lifetime of literary achievements.
Website** Goodreads ** BookBub ** Twitter **Facebook
Author's Giveaway
Posted by CCAM at 11:16 AM