"This is excellent writing. The author, a former journalist, has the ability to lay out a complex story without getting bogged down.
[...]
Highly recommend this book." Lisa, Goodreads 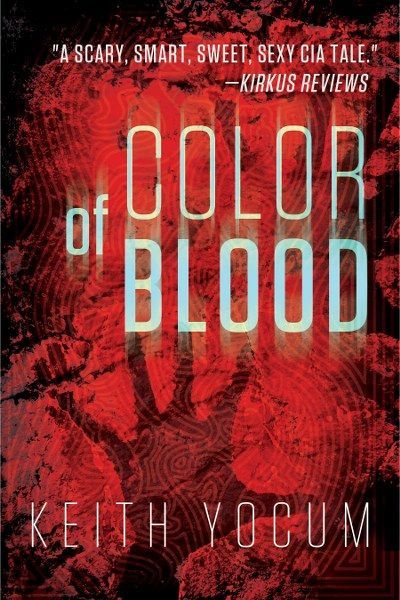 Description:
A CIA investigator is sent to Australia to look for a missing agent lost in the Outback, only to discover the bitter and dusty truth about himself and the agency.
"A scary, smart, sweet, sexy CIA tale" -- Kirkus Reviews
Dennis is glad to be back at work. His wife's death left him devastated but he'll do anything to lose himself into work at the Inspector General's office of the CIA. A brilliant, if prickly investigator, he's spent his career chasing down the Agency's thieves and liars. When his boss forces him to take a low-level assignment to investigate a missing employee in Australia, he soon finds that even in the red dust of the Outback, there is romance - and death - just a sweltering heartbeat away.
EXCERPT
Chapter 1

He was not angry. Not now. It was too late for that. As he lay on the ground staring at a pair of shoes that were inches from his face, he felt a profound disappointment. The shoes belonged to the person who had just shot him. How sad and strange that he missed the hints that led to this moment. So many peculiar things had occurred, and now, as the deafening roar of the discharged weapon faded, he could see how stupid he’d been in not figuring it out. He, the smart one! The one too cynical to be taken in by lies. And if regret were not enough to torment him as he slid away, it was that damn poem (a poem of all things!) that kept repeating in his head like a skipping vinyl record: “Happy are men who yet before they are killed can let their veins run cold.”

They looked at each other in near silence.

The only sound came from Marty’s school bus–yellow No. 2 pencil he tapped on top of his desk like a droning metronome.

“Oh, don’t be silly,” Marty said. “It’s nothing of the sort. It’s a project you could take on without skipping a beat. You’d be done in a couple of weeks, maybe a month.”

“Dennis, this is the perfect assignment to get you up and running again. Get your sea legs back. Open and shut in a month, max.”

“This kind of thing is more suited for a junior investigator,” Dennis said. “What about that new hire, the kid you hired about a year ago from Army CID?”

“No,” Marty said. “I can’t have some beginner chasing down this one.”

“But an MIA?” Dennis said. “I can’t remember being asked to evaluate a Missing-In-Action investigation. I didn’t think we had purview over that kind of stuff. Operations folks police their own work.”

“Dennis, the CIA Office of Inspector General has a wide scope of practice, and you know that. We have efficiency experts, accountants, lawyers, and a small team that does the really crappy work. You’re on that team, and you’re there because you’re good at it. The IG has been asked to review an old investigation into an MIA. I’m repeating myself here, but you’ve just returned from a six-month medical leave of absence, and this is the perfect assignment for you. Please trust me on this one, OK?”

Silence fell over the two men again, but it was different. Dennis’s expression was one of reluctant acceptance. Marty beamed in victory, dancing the kind of small, triumphant jig that managers do every day after cajoling employees to take on tasks they tried to avoid.

“Read the report I sent you and get your travel planned. We’ll go over the case tomorrow and get you going.”

It was hot and he looked at his watch. Today Dennis was going to visit Garder’s abandoned apartment. The Australian agent was late. The fact that he had to be observed by a friendly was bad enough, but now the guy was late.

A maroon Toyota sedan pulled up. A woman behind the wheel leaned forward in her seat and waved at Dennis. He approached the car, and she rolled the window down.

“Are you Dennis Cunningham?”

Dennis settled into the passenger seat. The woman smiled and reached out her hand. “I’m Judy. Nice to meet you.”

“Thanks.” Dennis shook her hand. “We’ll meet your boss at the apartment?”

“Yeah, your boss. Is he going to meet us there?”

“Were you expecting to meet my boss today? I wasn’t told that.”

“Yes,” Dennis said. “I’m supposed to be shadowed by an Agent White.”

Dennis looked at the woman for several seconds. “Oh. Sorry. I don’t know why I was expecting a man. My boss suggested it was a guy, but what does he know?”

“We have female agents in Australia. I presume the United States has plenty of female agents. In fact, I’ve met several in your FBI.”

“Yes, we’ve got plenty of women in law enforcement. I’m sorry if I was confused.”

Judy kept her eyes on the road and tried not to betray a sense of unease she felt toward the American. He had only been in her car five minutes and she could feel her jaw muscles tighten with tension. Why do I always get these awful assignments? she thought.

She tried small talk with the Yank, but it was useless; he simply grunted an affirmative or shook his head for a negative. Judy was thankful the apartment was in Subiaco, a suburb near Perth, so the ride was less than twenty minutes.

“Blast,” Judy said as she realized her breach of outback etiquette.

The introductions were slow and stilted. All three men repeated “G’day” to Dennis and shook his hand vigorously.

Dennis was struck by the searing heat radiating from the sand. The sun, directly overhead, cast small shadows hugging each person’s feet. There were virtually no bright colors: just white, gray, brown, and a dull ocher. He blinked several times to lubricate his eyes, but it did not help.

They walked through a spongy sand-soil mix to a forlorn-looking maroon Toyota covered in a thick layer of pale dust. Dennis could feel the heat reflecting off the metal car fender and took a small step back. Farther ahead, a thin path led through low spinifex-covered dunes to the beach.

“Has the car been dusted inside?” Dennis asked, panting slightly.

“Yes,” Judy said. “Mostly Garder’s prints, some from his friend, Roby, and one set we can’t match yet—but we’re working on it.”

On the back seat was an Adidas bag. Dennis opened the back door and was met by a rush of hot air. He poked through the bag and found a pair of jeans, a white T-shirt, and a clean pair of underwear.

He bent down, putting his face inches away from the carpet floor covering, and holding his sunglasses in his right hand, scanned the entire area. The air temperature inside must have been at least one hundred twenty degrees, Dennis guessed, as a bead of perspiration slid lazily down his right temple. He stopped at the transmission hump and looked closely at a small, dark spot the size of a pencil eraser.

“How about latent fluids?” he asked. “Was that done?”

“No,” Judy said, consulting a sheet of paper. “Do you want it tested?”

“Not yet.” He stood up and stretched his back.

On the front passenger seat was a printed map from MapQuest. It gave directions from Garder’s apartment to a gas station nearby. An empty Diet Coke can sat in the cup holder.

“We found this under the front seat,” the police officer said, holding up a ziplock bag. Dennis took it and opened it. The car keys were attached to a simple Toyota keychain. Garder’s wallet was black and worn at the edges. Flipping it open, he counted three hundred ten dollars.

He dropped it back into the bag and handed it to the officer.

“So, what’s the story here?” he said. “Our guy drives way the hell up here by himself and goes snorkeling. And he gets eaten by a shark? Sounds a little too much like Jaws, if you ask me.”

Judy found herself fighting to contain a smile. Initially, she had been aghast at Dennis’s rough style of inquiry, especially with the watch-store owner. But now she found it amusing and even interesting.

“Mr. Cunningham, as the regional manager of in Western Australia, I’d like to answer that,” said a short man with a wrinkled, bronze face. He wore a white, wide-brim hat pulled down slightly at the ears. “As you can imagine, we have sharks along all our coasts in Australia. Tragically, it’s not uncommon that man and shark come into contact. This appears to be the case for your Mr. Jansen.”

“Are you telling me,” Dennis asked, turning to face him, “that a guy comes by himself to this desolate stretch of beach and dives right in to be gobbled up by a shark just waiting for him? No witnesses, no evidence? Just like that?”

“Mr. Cunningham,”—he bristled—“we certainly don’t condone going into the water alone. That would be imprudent, but we cannot stop people from doing what they set their minds to do. In the past five years, we’ve had nine people killed by sharks in Australia. It’s a reality of sharing the ocean with these creatures. We didn’t make the rules that govern predator and prey behavior.”

“Fine.” Dennis brushed away a fly. “So what happened to our guy, according to your theory?”

The regional manager shot Judy a quick what-kind-of-idiot-is-this look, but she glanced away.         “Our guess is that he parked, changed into his swimmers, grabbed his gear, and walked to the beach,” he said, leading the group toward the water. “He likely entered the water so that he could sit down to pull on his flippers, and just went in. As you can see, the water is relatively calm here in the bay.”

Dennis stood looking over a placid, deserted beach and noticed a forest of mushroom-shaped rocks covering part of the beach and poking up through the water.

“Strange, indeed,” the manager replied. “It appears Mr. Jansen entered the water here and must have been preoccupied when he was taken.”

About the author:
Keith Yocum is an author of eight novels and lives on Cape Cod, Massachusetts. He was born in Ridgecrest, California, the civilian town supporting the China Lake Naval Weapons Center in the Mojave Desert and grew up overseas as an Army brat, including long stints in the Panama Canal Zone and Western Australia. He has an undergraduate degree in philosophy and a graduate degree in journalism. He has an extensive career in publishing. He was the founder of a group of weekly newspapers in the western suburbs of Boston. He has also worked for publications like The Boston Globe and The New England Journal of Medicine.
Website * * Goodreads * Facebook * Bookbub * Amazon
Author's Giveaway
a Rafflecopter giveaway
Posted by CCAM at 10:00 PM