How much of stories are true? The Dark Beast by Dave Maruszewski

"This book happened at the perfect timing for me. I needed a short (the irony!), light, fun and adventurous, easy to grasp fantasy read. And yes, this book happened." Tamish, Goodreads 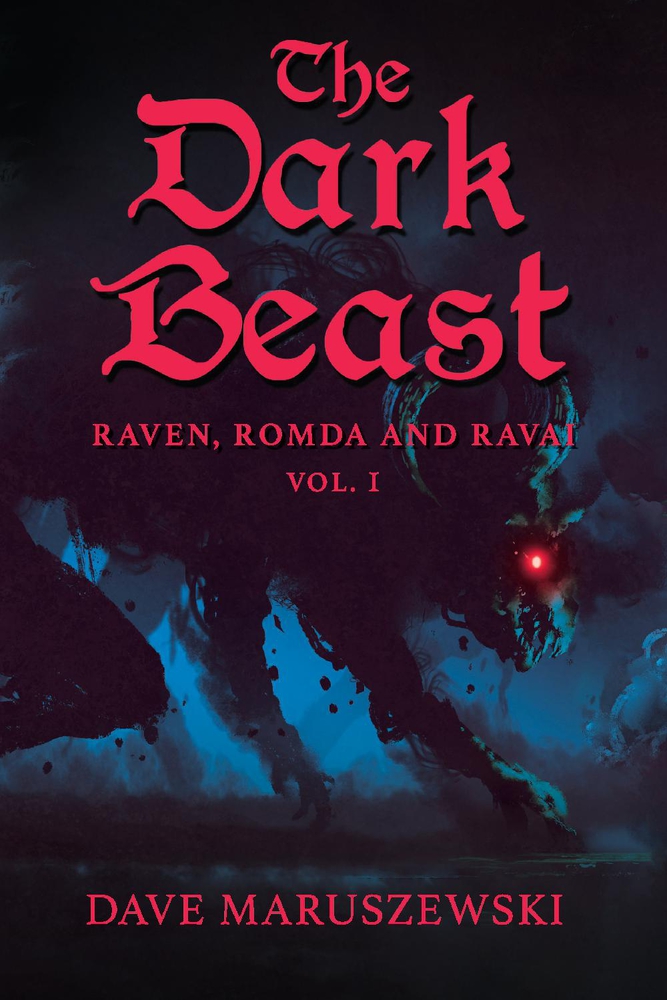 Description:
Release Date: 8th February 2022
Recently knighted squires Raven, Romda, and Ravai are tasked to help a nearby priest. However, this simple errand turns into much more. They cross paths with the Dark Beast.
After that brief encounter, they soon realize the Beast’s plans to destroy an entire town.
They journey to this town, meeting residents who tell large tales about the Beast. How much of stories are true? The three will find out. The Dark Beast is coming.
GUEST POST
Do you like epic fantasy? I do. For some reason, I like magic and strange creatures. Then, there is always the wonder if some of this is true. For instance, did you know that Beowulf may have been an exaggeration of real story of humans stomping out the last of a less evolved species of man? It may be true, but even if it isn’t, it still is fun to let your mind explore upon the possibility. The marriage of the unbelievable and the believable is part of the overall attractiveness.
My wife on the other hand doesn’t like epic fantasy. I tease her and say, “You like Buffy! How can you not?”
Here response is usually, “Buffy is more real.”
Which I counter, “But you like zombie movies!”
I think that one of the answers for our highly intellectual debate is that dragons, magic and usually medieval lifestyles just turn her off. She wants an iota of truth built into it, as well as a little bit of the present world. In Buffy, they are modern human beings living in modern lives. Zombie movies are usually an experiment gone awry. On the other hand, for epic fantasy, she doesn’t feel the link to reality that I do. I leave my disbelief suspended for the moment, and it does feel real in the moments that I watch, read and/or listen.
Hey, at least she doesn’t drag me to bad movies … Okay, some of those zombie movies are terrible. However, at least we are in the same ballpark for tastes.
If you have a significant other or best friend, do you quibble about 2 genres that are heavily overlapping? What are those? And more importantly, why are you right?
And if you want to make me happy, tell me whose side are you on, my wife’s or mine? I’m just going to put out there that she didn’t have the time to write you a guest post. Just sayin’.
EXCERPT
The Dark Beast lunged toward Agnew and grabbed him, but his hand smashed into something. The wizard had put up as a barrier, invisible to the Beast.
“A nice spell,” the Beast said, “but there are ways around it, as well.”
“It will be too late,” the wizard said. He then shot out a large burst of blue energy. The Beast jumped out of the way, grabbed onto one of the rafters, and did not come back down.
“Do you know what your problem is?” the Dark Beast asked.
“Right now?” Agnew replied. “You.”
“No,” the Dark Beast continued, “even in my form, you are more than my superior. You have great power.” Agnew almost seemed pleased to hear this.
The Beast continued explaining. “However, you are too vain and unwilling to get your hands dirty. No one turned me into the beast that you see before you. I chose to do it. It made me stronger. You would never do it.”
The wizard released another blast, almost missing, but indeed striking the Dark Beast. He fell to the ground.
“It would appear that you have overestimated yourself,” Agnew proclaimed. “I stand above you, and you are defeated.”
The Beast looked up and said, “But you won’t touch me, will you, even if I am dead?”
“Of course not,” Agnew replied. “That is why I have guards.” He raised his hand to give the final blow.
The Dark Beast rolled and smashed another vial on the ground. The mist penetrated Agnew’s shield. When he smelled it, he immediately got sick and tried not to vomit.
The Beast slowly rose with a glare aimed directly at Agnew. The Beast was unaffected. His form was resistant to the sickly fumes.
TOUR SCHEDULE
on sale for $0.99 during the tour.Goodreads ** Amazon

About the author:
Dave Maruszewski is blessed with a great family. He was originally inspired to write stories by his wife and son, when they encouraged him to put his bedtime stories on paper.
His stories are created from an accumulation of experiences from careers/backgrounds as a physicist, engineer, teacher, artist, video game designer and software developer. He strives to develop stories with sound moral values that will be enlightening as well as entertaining to youths and adults.
In between writing stories and running his own company, Digital Tumult (DigitalTumult.com), Dave enjoys video games, watching internet videos and hanging out with his family.
Website ** Goodreads ** Facebook ** NeGalley
Author's Giveaway
the more you comment, the better your chances of winning
a Rafflecopter giveaway
Posted by CCAM at 11:00 AM

Thank you for the page! You have a cool site!

I absolutely love this cover. One of my favorites I've seen. I really enjoyed reading the excerpt.

An awesome cover and an intriguing synopsis and excerpt, this sounds like a must read for me. Thank you for posting about this book

I enjoyed reading the excerpt

Thank you for the kind words!
-Dave

It gives me quite a bit of encouragement to hear these thoughts. I love all feedback but hearing the compliments can dilute the harder to read stuff:-) Are any of you all writers as well?
-Dave

The cover is very dark and mysterious. Sounds like a good beginning to an entertaining series.

Thank you for saying so! I would love for you to read it :-D