The third and final book in the Ramtalan Triology brings Argus and Tai Dachel to a critical juncture in their lives. Struggling to maintain some sort of normalcy, the boys soon discover that they’ll never be the same and those around them, including Argus’s girlfriend Lola, are in danger from the Invaders and the government agency AURA. 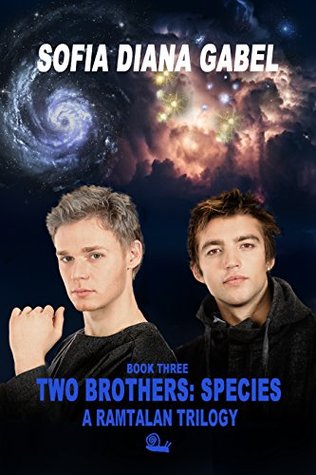 The third and final book in the Ramtalan Triology brings Argus and Tai Dachel to a critical juncture in their lives. Struggling to maintain some sort of normalcy, the boys soon discover that they’ll never be the same and those around them, including Argus’s girlfriend Lola, are in danger from the Invaders and the government agency AURA. With enhanced abilities, Argus has to come to grips with being different from his brother, and being an enemy to the Ramtalans he thought were his friends. When hyper-intelligent, powerful Argustine Lenox and his sister, Galena, threaten to cleanse the Earth of humans and New Breeds, Argus and Tai have a difficult decision to make. Which side do they join? The Invaders accept him, while the Settler Ramtalans consider him dangerous. As if that’s not enough, Argus is on the brink of adulthood and must choose what sort of man he wants to be; defiant, compassionate, strong or all three. Nothing will matter though if he can’t save the Earth.

"This book had a sci-fi edge to it but was not overdone. Even though the main characters are "aliens" the author wrote it well & it was action packed. It was an easy read no matter what age you are! I let my 14 year old son read this & surprisingly he hogged my iPad for two days to read. [...] We both loved this book and will be anxiously awaiting book #2 TWO BROTHERS: HERITAGE. "- Goodreads, Jennifer

Argus ran to Lola and dropped to his knees. She wasn’t moving and was pale. Aunt Celeste had one hand on Lola’s forehead and one on her chest, and looked up. “Argus, I’m so sorry.”

“What do you mean? You have to keep trying. You can heal her.” Argus cradled Lola’s head in his lap. “She can’t be dead.”

Aunt Celeste stood. “Nobody can heal a human who’s gone through a shift. It destroys…”

“Don’t. I don’t want to know.” Argus lifted Lola into his arms. “I’m going to take her to Galena.”

“Argus, no! Even Galena can’t heal a human.” Aunt Celeste shook her head and motioned to the couch in the living room. “Why don’t you put her down?”

“No!” Argus looked at Lola’s sweet face. He didn’t ever want to put her down. How could he have killed her? “I don’t accept that there’s nothing that can be done. Ramtala is more advanced than Earth, right? Then someone can heal her.”

Tai rushed over. “Wait, someone can heal her. At least I think so. Aunt Celeste, before Galena took away my computer time, I remember reading something about how the scientists on Ramtala had experimented with humans early on, and accidentally killed them when trying to merge the Ramtalan DNA with human DNA. It wasn’t an easy process. When Ramtalans took host bodies and mated with early humans…”

Aunt Celeste interrupted, “You’re right, Tai. Boys, I didn’t want to tell you that part of our history, but perhaps there is a possibility that…”

Argus blurted, “Whatever it is, Aunt Celeste, I’ll do it. I can’t let Lola die.”

“But didn’t you say there might be a way to bring her back?” Argus glared at Tai. Was he going back on what he’d just said?

It was Aunt Celeste who answered, “Yes, Argus, there might be a way. But it’s not something we can do easily. And it might not work. The only pure-form I know of here on Earth who has enhanced knowledge and abilities of healing humans is Lenox. Even Commander Jampara can’t help with something like that.”

Argus looked at Lola again. “Then I’ll go to Lenox. I don’t care anymore. He can have my energy for the XTRA-A1. It won’t kill me now that I’ve been converted.”

“Arg, you can’t. We still don’t really know what he’s planning. I know you care for Lola, but use your head. What if you get Lenox to help and then the XTRA-A1 kills you and me, and all of the New Breeds? Will that be worth it?” Tai glanced at Aunt Celeste. “Tell him it’s not a good idea. Sorry I opened my big mouth.”

Aunt Celeste shook her head. “It’s definitely not a good idea. Argus, please put Lola on the couch and let me think about this situation more fully.”

“Of course it’s worth it, Tai. We have to do something now!” Argus felt his temperature rising. “You might be willing to let her die, but I’m not!”

“Argus!” Aunt Celeste shouted. “Control yourself. You won’t do anyone any good if you lose control. There is a time limit for healing a deceased human, but we still have time. To summon help from Lenox would be a mistake. He preys on our weaknesses. Your weakness, Argus, is Lola and your concern for humans. He knows that and he’ll use it against you.”

“Put Lola down on the couch and let me calculate how much time she has.” Aunt Celeste motioned again to the couch. “Argus.”

He nodded. “Okay.” Carefully, he placed Lola on the couch and stepped back while Aunt Celeste knelt beside her. It would be worth giving up everything to see Lola alive again.

Aunt Celeste placed a hand on either side of Lola’s head. A blue aura settled over Lola’s entire body. “The shift has caused internal damage, cellular damage. I would estimate we have no more than ten planetary minutes to revive her.” She removed her hands and the aura faded. “I’m sorry, Argus.”

“Bullshit.” Argus ran to the kitchen and found the Wand of Ramtala leaning against the wall. Just seeing it made his heart race. He grabbed it and immediately felt a rush of adrenaline surge through his veins.

“Argus.” Aunt Celeste was beside him. “The Wand is a powerful extension of Ramtalan energy. Even Galena has to be careful, and she’s fully comingled with it. You’re not. Give it to me.”

“No.” Argus held it tightly and rushed back to Lola. “I’m going to use it to heal her.”

“Bro, you don’t know how.” Tai put his hand on Argus’s shoulder and took hold of the Wand. “Give it to Aunt Celeste.”

Argus glared at Tai. “Take your hand off the Wand, Tai. I do know how to use it. I’m a part of the Wand. I don’t know how to explain it, but it’s like the Wand is telling me what to do. Get your hand off it and stand back.” He knew Tai was trying to help in the only way he knew how, but he didn’t understand the Wand. “I won’t tell you again, brother.”

“Arg, you’re scaring me. Your eyes have those freakish sparks in them again. That Wand’s going to kill you. I can’t let you…” He tightened his grip on the Wand.

Argus felt the energy inside him build up and knew he was about to throw a plasma burst. “Let go, Tai.”

Aunt Celeste came over. “Tai, do what he says.”

“No. You’ll have to kill me, Arg.” Tai raised an eyebrow. “I hope you don’t, but that’s the only way I’m letting you do anything with this Wand.”

“I…” Argus couldn’t control it any longer. “I’m sorry.” The plasma burst he released caused such a shock wave that Tai flew across the room and slammed into the wall, leaving a deep impression.

Born in Sydney, Australia, I moved with my family to the United States when I was only four. Home wasn’t settled for a long time and included living in Toronto, Canada; Henrietta and Buffalo, New York; Northridge, Southern California; a short stint back in Sydney, Australia; Reno, Nevada; Dallas, Texas; Daytona Beach, Florida, with an eventual semi-settled life in Ojai and Ventura, Southern California as a single parent to my three daughters.

Perhaps the unsettled partial nomadic lifestyle is the reason I love to travel. Moving around and travelling to different countries are adventures which serve as potential settings and plots for stories. I’m a multi-genre fiction writer, with degrees in environmental science and archaeology, and coursework in creative writing and criminal justice. This has all helped in developing stories

When not glued to my desk writing or researching, I love spending time with my family and hairless Sphynx cats. Writing is a true passion, born from a love of the written word and how those words can transport the reader to different places or worlds and deliver them back to reality, safe and sound. 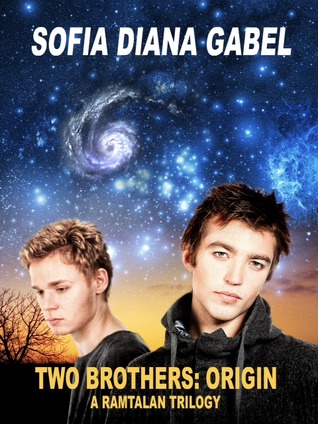 I want to find out if Lola lives and what happens to the rest of the cast involved :)

That the story sucks you in!

I actually enjoy stories with a sci-fi edge to them.

I just love the covers and would love to read this book.