18+ Dark, sexy, heartbreaking, and intoxicating.
Bach lives his life with honesty and without restraints, happy to be known as a sexy as all hell, unapologetic asshole.

DESTROY ME is book one in the New Adult romance Crystal Gulf Series.

Bach lives his life with honesty and without restraints, happy to be known as a sexy as all hell, unapologetic asshole.

When he drinks, he drinks hard.
When he wants a woman, he makes sure she knows it.
When he opens his mouth, it’s either to piss someone off or to turn someone on.

He enlisted in the Army, crushing Harley with equal parts anger and sadness. She’d already lost her father to that choice. Heartbroken, she falls back into depression.

Stuck in Crystal Gulf all summer with little to do, Harley needs a distraction. Enter Bach, sexy as f*#ck distraction, ready and willing.

Dylan’s not all bad though. Before he left, he asked Bach to watch out for Harley, knowing she’d never go for a guy like Bach. She’s too good for him. Too good for anyone.

But Dylan was wrong. He never should have left them together. Bach is there to pick up the pieces Dylan left behind. Soon pieces aren’t enough. He wants more, needs more Harley.

What readers have said about Shana Vanterpool’s books:

"I give it "5 SEXY ROOMMATE STARS" !!!! Recommended to all the readers who loves crazy, steamy drama. It had me hooked, till the very last page." - Mybooklatte.com

"God, this book was a mess. A wonderful, delicious mess of angst and drama and sexual tension! The build-up of sexual tension between these two was absolute torture and when their resistance faltered it led from one explosive moment to the next." - Popkittybookreviews.com

"A hot sexy steamy tale from room mates to lovers in this toxic up and down spiral of two broken people coming together and slowly fixing up the broken parts of the other, this captured me from the get go and kept me entertained throughout." - Kitty Kats Crazy About Books

"What a great debut novel! Shana Vanterpool has created a thrilling tale of love and forgiveness. They were a sizzling couple! If you want something sexy, dramatic and fun, then do not miss this new author." - Lina's Reviews A Book Blog

Writing and music often go together, both feeding off the other to create an intense experience as the written word takes you high and the ones that are sung takes you higher. When writing Destroy Me I sought songs that were dark but still beautiful, which is what Destroy Me is.

A dark beautiful journey for two people who needed each other.

1. Thinking Out Loud – Ed Sheeran
This song might surprise some, considering both Bach and Harley went from enemies to lovers, but I needed a song that brought them together long before they were. It created romance in my brain before there was any, and I think that was a pivotal part of the creative process for Destroy Me. For a large part of the book this was on repeat, guiding me over the rougher parts to make the beautiful ones shine.

2. Give Me Love – Ed Sheeran (There’s a reoccurring theme here. I love Ed!)
This song is so emotional; the pain in the lyrics is palpable. It spoke to the part of Bach who craved love and the part of Harley who missed it.

3. One – Ed Sheeran
This song is painful, dark, a side of Bach Harley fears, but a softer side of Bach pleading for a woman he doesn’t think he deserves.

4. Dark Times – The Weekend Ft. Ed Sheeran
This song is only for Bach.
It is Bach.
It is his past, his heartache, a gritty portrayal of the truth that cannot be denied.

5. Drunk in Love – Beyoncé
This is a song for Harley.

A sexy song about infatuation and desire. Because that’s what Bach instilled in her, this sexy new feeling that overtook her body as he claimed her mind and heart. 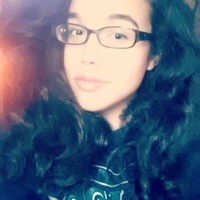 When I walk into a book store I feel at home.

When I smell the pages of a brand new book things make sense.

When I read I am who I always wanted to be. I read to escape and I write so others can as well.
My family, my actress dog Bella, coffee, and a steamy love story are a few of my most precious things.

My Sweet Demise is my debut new-adult contemporary romance novel.
Keep up to date with future releases by following on:

The link to her Facebook page is wrong and it gives an error message. I searched Facebook and found her at this link: https://www.facebook.com/Author-Shana-Vanterpool-404672296399311/