"Do I recommend this book? Heck yeah, I do. I can always tell a book is good when: I can't put it down; My emotions are all over the place; I can't wait for the release of the next in line book of the series; and when I get really sad that the story has finally come to an end.It's a young adult urban fantasy story that just takes on a ride from the beginning up to the very end." - Goodreads, Dianne 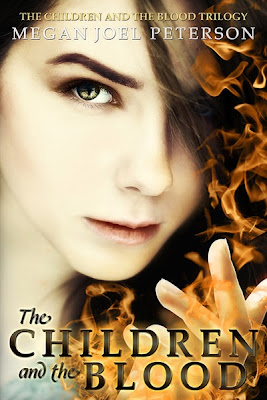 Eight years ago, an exploding gas main killed Ashley’s family and left her with a childhood she can’t remember. Eight years later, the forgotten past is behind her and life on her isolated farm is all she knows.

Until that past comes looking for her.

Until men with superhuman powers hunt her down in the night, determined to take everything she loves away from her again.

A man stepped from the nearest vehicle.

Cole froze, suddenly wondering if Robert and Melissa had been right. He was seeing things. He was losing his mind.

Because the man was glowing.

“Seems you’re having some car trouble,” the man said with a smile. From the vehicles behind him, three other men climbed out.

A faint silvery sheen covered them, obscured by their clothes but blatantly visible on every piece of exposed skin. Cole’s heart pounded as he stared at them, making his headache surge back in full force.

Clearly, he’d hit his head a whole lot harder than he thought this morning.

“Oh, it’s nothing,” Vaughn replied, giving no sign he noticed the surreal glow coming from the other men. “The wife’s car just died. You know how it is.”

The man chuckled agreeably, the humor never touching his eyes. “Right,” he said, glancing to his companions.

Metal shrieked as the driver’s side door of Vaughn’s sedan tore from its hinges and scythed through the air. Spinning, the counselor threw his hands in front of his face. The door rocketed into the night sky. Whirling around, Vaughn barely had time to flinch before the closest of the men slammed into him, crushing him against the trunk of Robert’s car.

The counselor’s head snapped sideways, propelled by nothing Cole could see. Blood dripped from his mouth, and from the bushes, Cole could hear him fighting for air against the weight of the man bearing down on him.

“What do you want?” Vaughn gasped.
The rest of the series:

Megan Joel Peterson is a fantasy author and the creator of The Children and the Blood trilogy, a fast-paced young adult urban fantasy noted for its action, excitement, and intrigue.

She also writes paranormal romance (still filled with action and adventure, because she loves that sort of thing) under the name Skye Malone.

Megan lives in Washington State with her husband, and can usually be found typing away on her laptop while she tries to keep up with all the magical adventures unfolding in her head. 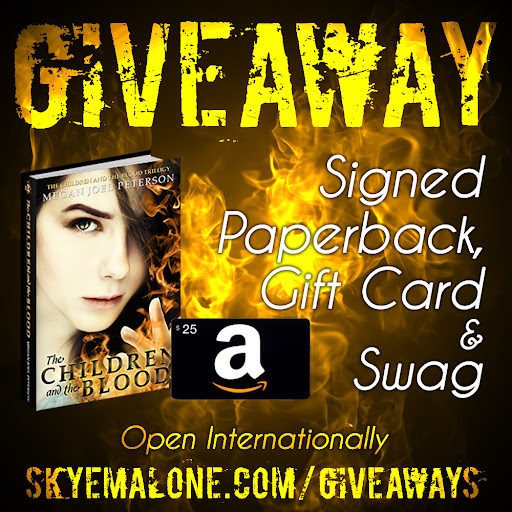