By the time I became a fan of their works, they already had an audience and were able to rise above pushing the proverbial envelope and just tell the story. When I think about authors that I would consider being my contemporaries, I think we are still cutting our teeth on these mentors. 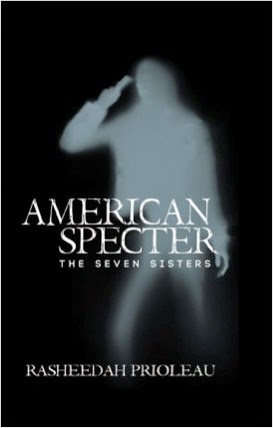 
FBI Agent Audra Wheeler has been haunted for the last thirteen years by a paranormal attack that left her sister, Kendra, in a coma. Mentored by FBI Assistant Director Jonathan Cordero to investigate crimes committed by specters, Audra believes she is on the trail of a ‘serial killer’ specter with a MO very similar to her sister’s attacker.

The investigation takes her to a small town of Specter, Georgia; a haven for ghosts who exist among the living.


The thing that I love the most about Speculative Fiction is that all bets are off and there really are no rules. I think this aspect of speculative writing makes it a lot easier to abandon clear-cut gender roles.

In the area of Paranormal Mystery you could say that I cut my writing teeth on Stephen King, Anne Rice, and Octavia Butler. I’m not sure if they would be considered current but as far as my influences they are the most modern ones that I have. These authors are very adept in writing real and authentic (fictional) people.

I’ll start with Stephen King because as a male author he has managed to impress me with his characterization of women. I remember reading one of his works where a woman was on her period and up that point, I’d never encountered any writer that included that aspect of womanhood in speculative fiction. We all know women have them, but no one seems comfortable to write about them. But his female characters have real depth, play important roles in his works overall and every now and then they out shine his male characters.

Anne Rice impressed me with the emotional aspects of her male characters, they are still believable as men, but they are not the classic, alpha male, Fabio, butch guy that female writers are prone to put in their work (me included). There is a strange appeal to keeping men strong and silent, or closed off and mysterious, but Anne doesn’t do that, nor does she try over compensate with long drawn out descriptions of the man’s motivations. It is definitely something I respect about her work. 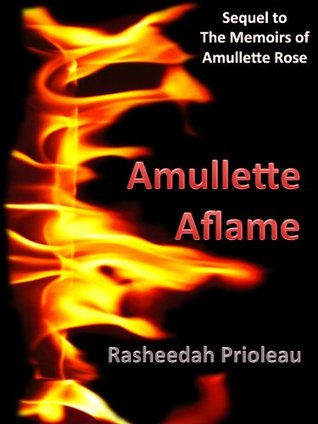 And then there is Octavia Butler. Of course her writing is more informed by the racial tensions of her time, but again she writes in a way that characters are not chained to the stereotypes of gender roles. She is a female writer that puts a strong female characters in the center of her stories and they overcome a LOT.

I point to these three as my strongest influences in paranormal mystery because their work has had time to become seasoned and well thought out. By the time I became a fan of their works, they already had an audience and were able to rise above pushing the proverbial envelope and just tell the story. When I think about authors that I would consider being my contemporaries, I think we are still cutting our teeth on these mentors. They may have different ones but we still have to - I hate to say - play tricks in our writing in order to get noticed. I won’t pretend that American Specter doesn’t do the same thing.

New writers have to be very immediate in there a writing because most readers only give them two or three pages before deciding whether or not to keep reading. If you pick up American Specter it’s quite obvious what the upfront trick or hook is. The hook quickly engages my target (female) audience. Although I think it’s a great book for men as well. As I’m working on the sequel, I feel like I can take my time, the hook doesn’t have to be as immediate.
TOUR SCHEDULE
Goodreads ** Amazon

Rasheedah Prioleau is a southern African American writer with an eclectic range of writing and ghostwriting credits. After a few years in the corporate world she started over from the bottom as an unpaid intern for a literary manager and never looked back.

"I love to write because there are no limits. All it takes is a finite space of time and I can create a story from infinite possibilities."