What would you be willing to sacrifice? - The Wanted (The Woodlands #4) by Lauren Nicolle Taylor 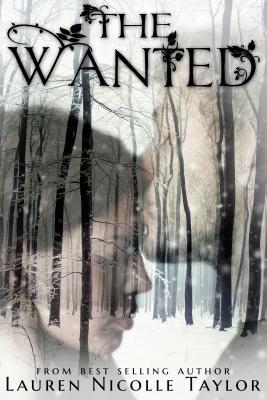 What would you be willing to sacrifice to get what you Wanted?

It’s the question facing both Rosa and Joseph as they are pushed and pulled in unimaginable directions.

It’s the question Superior Grant answered with a resounding, “Anything and everything.”

The only thing they want is to be back in each other’s arms. But what will it cost them to get there?

Separated after a failed mission, they are caught in dual hells. Joseph, sinking as he struggles to face what he did to escape and who he had to leave behind. Rosa, straddling the divide between fighting the evil, calculating Superior Grant and trying her best to stay alive.

When what they Wanted seems unreachable, can they find the strength–the will–to keep trying? To keep fighting? And find their way back to each other and to Orry?

JOSEPH
I searched for movement, but I could see none. My eyes squinted and strained, staring at the side of the concrete wall. Smooth, dull, and perfectly curved.
A puff of dust pushed out from the wall like a hard cough. A few moments later, a small, popping sound followed.
Then sirens wailed thinly as if mildly displeased. The only indication of how serious the situation was seemed to be the way all the lights swung around to focus on the explosion site.
The screen opened in the sky minutes later like daylight had cut through the night accidentally. The clouds were the perfect backdrop for the show. I waited, barely breathing, as the video began.
I didn’t notice Elise until she sat down with a thump next to me. “Great view,” she said breathlessly, pulling her sleeves over her hands.
I wondered why she’d followed me up here, but I tried to hide my annoyance.
“Yes, it is,” I replied absently. We were silent as the video played through.
She started talking just as Rosa appeared in the lines of pregnant girls. “How are you feeling? Should I check…?”
“Sh…” I said, putting my hand up to her face.
She crossed her arms over her chest and pouted like a child. “That was really rude,” she muttered.
I groaned, pulling my hair back with my hands and froze, my hands fixed over my head. There she was. I stared into the clouds, trying to will them closer.
“Rosa,” I whispered before I could stop myself. She blinked back at me, sad, disappointed. How could you leave me? she seemed to say.
“I’m sorry,” I told the clouds and the image of her from two years ago. That Rosa loved a different Joseph. I tried not to think about the Rosa of now and what was happening to her at this exact moment, because my mind conjured horrible things.
Elise played with her fingers. “It’s ok… you’re obviously stressed about something.”
“What? No.” I wasn’t talking to her.
God, she sounded like a doctor when she talked.
“Wow, look at that girl with heterochromia. Amazing eyes. She’s beautiful.” Elise said, pointing in the sky.
You don’t even know.
I should have told her, that’s Rosa, but I didn’t. I was hoarding her memory. I didn’t want to share it with anyone.
The image faded.
She was gone.
This was torture.
*********
ROSA


I waited until the door clicked and then rushed to the bathroom. Sitting on the basin was a candy-colored music player, the white earphones wound in a circle. The song was paused.
I traced the title with my shaking fingers, my head splitting with bullets and blood. ‘The Work’ by Catie Wings. It didn’t sound like a real name.
I placed the earphones in my ears and pressed play, looking up at the girl in the mirror. She looked harrowed, hollow, wide eyes in a thin face, eyes as large as bowls and just as full. Full of more trauma than she could handle and struggling to get back to herself. To remember herself. I gripped the sides of the sink and listened.
If this was more torture, that would be it. I would wash down the drain.
The music was haunted. A floating voice sailed in the spaces between what I’d learned was piano. A dull thud. But then the vulnerability, the stress of the first words, hit me and I dissolved. My fingers slipped and I pressed them deeper into the porcelain. I watched the ghost in the mirror react and tried to recall that it was me.
“Clasp hands, you’ll survive.”
Her voice wavered as if she weren’t sure of her words, the fear in there, the loss of something real.
“I’m on my own, looking in,
On the strife,
On the chaos.”
I couldn’t understand the next part, but her voice had me anyway. Something was over, she sung. It was about things that were out of her control. My tears fell into the basin, just water.
Insubstantial water.
Powerful water.
I can do this. I have to. My heart burgled all the strength it could. My head fell as I watched tears pour down the drain, my hair, waving, glowing light and wrong.
“Fate’s taking the last of your strength,
But I know you’ve got a lot fight left.
Fate’s taking the last of your strength,
But I know you’ve got a lot fight left”
Something was stuck in my throat, heaving panic. Let this be the last time.
“I can’t cry for fear of what it means.
I can hope but it leaves me undone.
Regrets keep me standing alone.
Wondering what I could’ve done.
Wondering if I gave you enough.”
There was more than just tears burning my throat; something else was stuck in there, my heart, my soul. I was trying so hard and then, I stopped. This will be the last time. Make it count, I thought. I eased myself down to the floor, the damp bath mat cool on my legs, the player pulling over the edge and landing on the floor. I wrapped my arms around my legs to contain the shaking.
“Please, my love, change this time, change this place.”
She wailed, she pleaded. But it wasn’t going away.
“Take this pain away.” She threw the words at me, threw them into the atmosphere, and offered them to anyone that would have them. And I wanted to take the pain for her. I wanted to be stronger.
Grant. I hate you. I hate you. I hate you. I let myself feel it. I let the tears run over my lips and into my hands. I held them there.
“Leave me my memories.
Leave them here with me.”
She asked. She told. She demanded.
I thought, They’re mine. You can’t take him from me. You can’t change my mind about him. I won’t.
I let the words roll over and over like racing clouds heavy with destruction. They floated in front of my face; they sloped over my forehead and smoothed down my hair.
“Fate’s taking the last of your strength,
But I know you’ve got a lot fight left.
Fate’s taking the last of your strength,
But I know you’ve got a lot fight left.”
I knew.
This would be the last time I let him hurt me.

Goodreads ** Amazon ** Barnes&Noble
About the author:
Lauren Nicolle Taylor is a 33-year-old mother living in the tiny, lush town of Bridgewater on the other side of the world in Australia. She married her high school sweetheart and has three very boisterous and individual children. She earned a Bachelors degree in Health Sciences with Honours in Obstetrics and Gynecology and majored in Psychology while minoring in Contemporary Australian Writing.

After a disastrous attempt to build her dream house that left her family homeless, She found herself inexplicably drawn to the computer. She started writing, not really knowing where it may lead but ended up, eight weeks later, with the rough draft of The Woodlands.

In 2013, Lauren Nicolle Taylor accepted a publishing contract with Clean Teen Publishing. Her first published novel, The Woodlands, was released in August 2013 and quickly became a best seller. The second book in The Woodlands Series titled: The Wall, was published in October 2013 and followed suit, maintaining its position on the best seller charts for three months in a row.

I would love to read this story. I like the pretty book cover too.

My daughter's would love this book, thanks for the giveaway.