My Review: Jack Templar And The Lord Of The Werewolves (The Templar Chronicles #4) by Jeff Gunhus 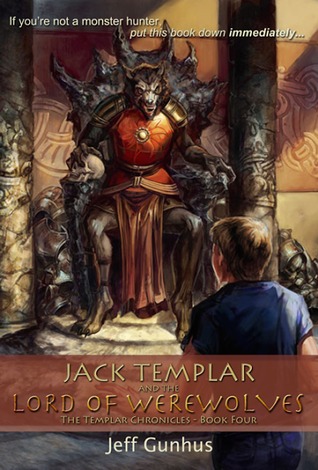 Because we are between friends here, I have the courage to say again that I’m awesome. And it’s not about a lack of humbleness from my part because the one who told that is Jeff Gunhus himself. Unfortunately for my pride (or not), you could prove yourself too (see HERE and HERE why, when and how).

“Only a few months ago, I was just a kid worrying about school. Now I’m a monster hunter with the fate of the world on my shoulders.”

The fourth book of the Jack Templar Chronicles series take further the adventures of our heroes that take place in their quest to find what a prophecy said it’s need to avoid the biggest war between the regs (aka human) and creachs (aka all the – mostly – bad supernatural creatures). And we talk about a war in which the humans don’t have too much chance to prevail. Obvious, you should start to read the series from book one, but if you find this volume first and don’t have patience, you could go for it and read it. The author offers the right amount of information for you to understand the main plot without suffocating the story of this volume or the readers that already prove themselves (you know… the awesome thing I talked about).

Jack Templar and the Lord of Werewolves bring us new challenges, new dangers and new losses. And when I say challenges I don’t mean only the physical ones (there will be intense fights), but also to the ones that regard the wise, wits (like one of the characters said, there will not be a straight answer) and the feelings of our heroes: friendship, love, sense of duty, remorse and resentment are only a few of them. The author will continue to give us examples of good in those who are labeled as bad, but he will bring the examples to a much more personal level.

The pages will rapidly flow as the events occur one after another, with no slow moments. When there is a pause, something important will happen too. The descriptions, very visual and vivid, will not break the rhythm, but will keep the readers alert, even the ones that are a bit older. The world and the new environments created by Jeff Gunhus are creepy and alluring in the same time. They all form another character of the story. Of course, the humor will not miss and it can be find in the right places and amount, and not once it will be used to accentuate the characters’ features.

I could finish by telling you to read these books. But I couldn’t do this because there is a warning that many treated it lightly and the outcome… Anyway, I’ll do my duty (come what may) and tell you what the warning is and let yourself to decide if you are brave enough to read this series (and prove that you are awesome too). However, if you decide not to pursue this “challenge”, the biggest loss it will be only yours:

“[R]eading this book makes you fair game for monsters.
You heard me right: the simple act of reading this book will attract monsters to you and give them the go-ahead to attack.
[…]So don’t come crying to me if a rock troll chops off your feet or a harpy eats one of your eyeballs. The choice is yours.
So turn the page if you dare. The adventure starts now.” 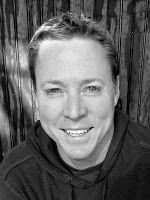 Jeff Gunhus is the author of the Amazon bestselling supernatural thriller, Night Chill, and the Middle Grade/YA series, The Templar Chronicles. The first book of the series, Jack Templar Monster Hunter, was written in an effort to get his reluctant reader eleven-year old son excited about reading. It worked and a new series was born. His book Reaching Your Reluctant Reader has helped hundreds of parents create avid readers. Killer Within is his second novel for adults. As a father of five, he and his wife Nicole spend most of their time chasing kids and taking advantage of living in the great state of Maryland. In rare moments of quiet, he can be found in the back of the City Dock Cafe in Annapolis working on his next novel. If you see him there, sit down and have a cup of coffee with him. You just might end up in his next novel.