"Gina Detwiler is an author that will amaze you as she combines two worlds in a mesmerizing novel. The characters are unique as they each bring something different to the plot. The author captivates her readers with quality writing, without having to add cheap thrills to hold your interest. I highly recommend this novel to young people who enjoy a good book that emphasizes making right choices." Pegboard, Goodreads 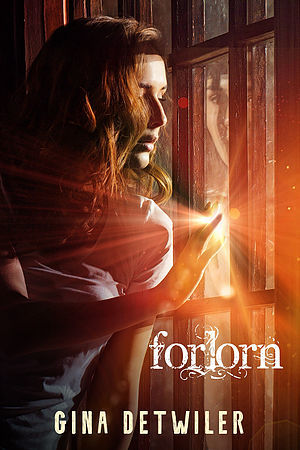 Bad luck seems to follow Grace Fortune wherever she goes. She was orphaned at a young age, and her musical talent got her accepted to a prestigious school for the arts, where she was caught in the middle of horrific school shooting that nearly takes her life.

But then she meets gorgeous loner, Jared Lorn, and falls madly in love. There is only one problem. Jared is not exactly human. He's a Nephilim, an angel/human hybrid, descended from a cursed line of fallen angels known as the Watchers.

Having a half-demon boyfriend who's under a curse from God can be tough enough. But then Grace decides that she wants to help free Jared from the curse by killing his angel father, Azazel, who is bound up in the Abyss, where he will be judged at the End of Days.

She has a powerful ally in her guardian angel Ariel, who has given her a weapon: a Song that can tame demons. With a crew of loyal friends, Grace and Jared will travel to the ends of the earth, battling the forces of heaven and hell that seek to defeat them. Yet as their love grows stronger, they will find themselves in danger of succumbing to the very corruption that caused the Watchers' downfall. 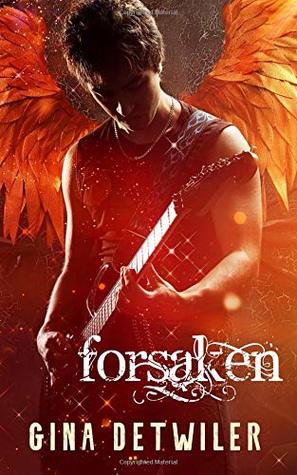 He was forsaken but not forgotten.

Nine months have passed since Grace Fortune saw the boy she loves, Jared Lorn, die before her eyes. But Grace’s suspicions have her wondering if Jared really dead. Along with her friends, she sets out to find answers, and the investigation leads to an unexpected place: Silo City, an abandoned silo complex that houses as many dark secrets as it does forsaken people.

Very much alive, Jared’s on a mission to save the girl he loves by collaborating with the enemy—a young, brash rock star named Lester Crow who fronts the punk metal band Blood Moon. Jared’s “deal with the devil” will take him on a cross-country journey into the heartland of darkness. The music of Blood Moon is a weapon against God, and Jared must wield this weapon while trying desperately to preserve his mind and soul from its power.

Jared and Grace are desperate to be reunited, but first, they must defeat the demonic forces arrayed against them. And pray that Jared, a Nephilim forsaken in God’s eyes, has a chance at a future.

Jared Lorn's secret is about to be unleashed.

Jared Lorn and Grace Fortune have defeated enemies both physical and spiritual and have begun to think their battles were over. All they want is to be together, write music and figure out a life together. They finally have a measure of peace.

Until they come face to face with an even more dangerous adversary, a mega-rich entrepreneur who has discovered Jared’s dark secret. Determined to harness and exploit Jared’s “gift” under the guise of saving the world, Darwin Speer pursues them to the ends of the earth, using every tool at his disposal, including the power of a gigantic Machine that could open the Abyss and release the Watchers from their prison. Jared becomes his unwitting accomplice, and Grace must not only save him from the clutches of a genius madman, but attempt to undo the damage he has already done.

From the safety of the “Hobbit Hole” to a medieval castle in Switzerland, the mists of Iceland and the ice caves of Norway, Jared and Grace embark on a mission to stop Speer and his secret society, the Interlaken Group, from unleashing a power they do not understand. In the process they discover another terrifying truth: Jared is not the only one of his kind in the world.

About the author:
Gina Detwiler was planning to be a teacher but switched to writing so she wouldn't have to get up so early in the morning. She is the co-author with bestselling author and speaker Priscilla Shirer of The Prince Warrior series for middle grade readers. She has also written the novels Hammer of God and Avalon under the name Gina Miani. 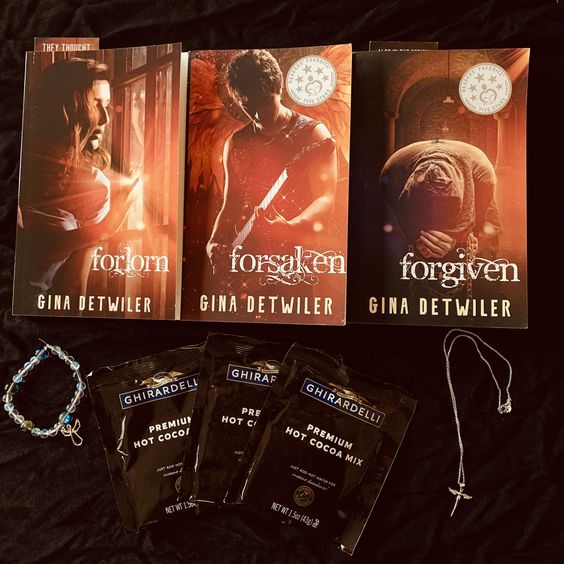 a Rafflecopter giveaway
Posted by CCAM at 11:30 AM

I see that there are a couple of series that Gina has written. I can't wait to read them. I love series.

Looks and sounds like an incredible series. Thank you for sharing.

The book covers are fantastic and the synopses intriguing. This sounds like a must read series for me. Thank you for sharing your book and author details and for offering a giveaway

These covers are magnificent!! The books sound awesome as well! Can't wait to read them!!

The covers are divine and the storylines of the novels are compelling. This series sounds like a great read and I have added them to my TBR with the intent to read. Thanks for sharing.