Review A Death in Vegas by Christopher Meeks

“We’ll adapt. After all, you’re a hero now.” “Ha! I’m just an average guy.” “Average guys don’t figure out what the police couldn’t.” She smiled proudly. 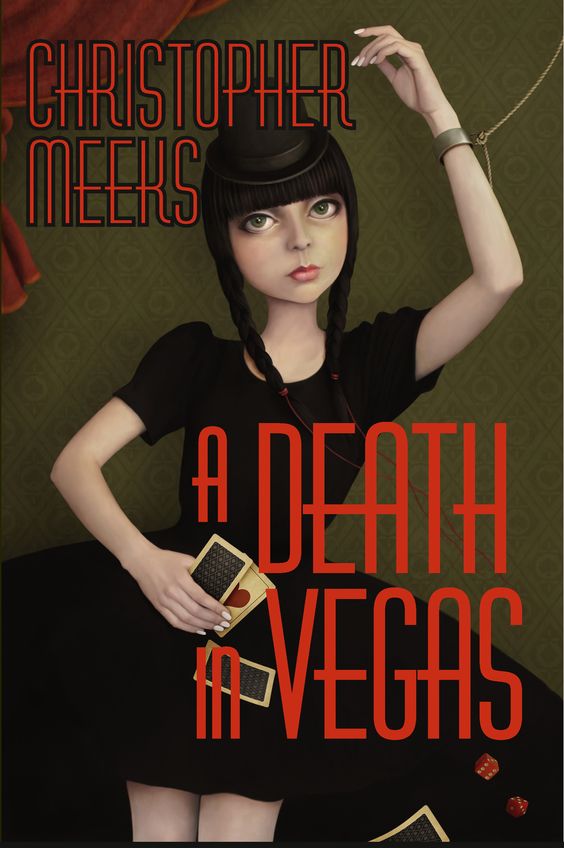 “Who does just good things?”

Imagine a Humphrey Bogart's character without the knowledge and experience of a detective. This is, in my view, our “culprit” Patton Burch (“[...] as in tree.” / “With a U, not an I”): an average man with an ordinary successful life who, pushed by the police prejudice, transforms himself into an amateur but tenacious detective.

“I’m not a cop or a private eye, true—doesn’t mean I’m not doing the right thing.”

The plot, well built, plays with the innocence and guilt of the “culprit”, of the police and of all other persons who we’ll meet. As a good mystery should have, the storyline is peppered with clues, valid or red herrings. Even the (almost) “cliches” and bits of... humor have their role. All together will make you curious and wonder who did it. There are some shadows even in the spotlight.

Next to the very well executed visual presentation, a sprinkle of romantic insecurities, the story has a melodicity that pulls you in the middle of the events. You have only one chance: be there, shoulder to shoulder with Patton, protagonists in a classical but at the same time an original noir movie.

The rhythm increases whilst the information is discovered. As the deadline approaches, so the pace becomes more alert, the danger becomes present and palpable and the climax crushes upon the main character(s).

“Promise me we’ll have a nice boring life after this, okay?”

Mystery novel lover or not, just relax, take a seat in your preferred spot and start reading A Death in Vegas. Both the “detective reader” and the “spectator reader” will be satisfied. Even written at the third person, the protagonist’s voice will capture your attention and, most likely, it will make you enjoy the story.

In the end, I just hope that Mr. Meeks (and Mrs. Lorraine Curry) is mistaken and solving murders will not become one of Patton’s habits (especially those of which is accused of himself). 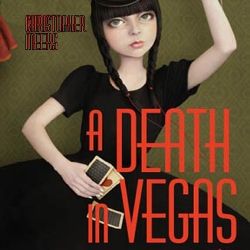 First published in 2014, In A Death in Vegas, the president of BenBugs, a company that specializes in beneficial bugs for organic gardening, discovers a young woman dead in his Las Vegas hotel suite.

She had worked as a sexy lady bug at his convention booth—and he had nothing to do with her death. While that’s being investigated, the FBI raids his booth on a money-laundering scam that he knows nothing about, either.

Soon, the coroner doesn’t have good news. The police and FBI are against him—and his wife cannot be found. He flees to find the answers. Highly acclaimed, Death In Vegas is being released as an audio book in October, 2019! 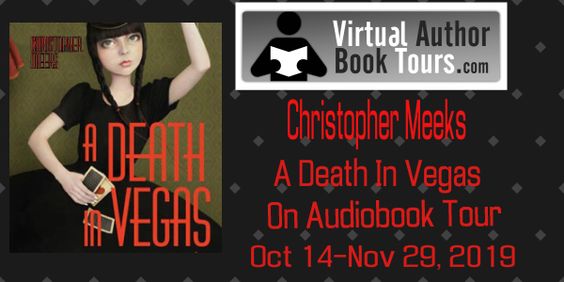 About the author:
Award-winning author, Christopher Meeks has had stories published in several literary journals, and he has two collections of stories, Months and Seasons and The Middle-Aged Man and the Sea.

He also has a new short story collection coming soon.
His novel The Brightest Moon of the Century made the list of three book critics’ Ten Best Books of 2009.
His novel Love at Absolute Zero, also made three Best Books lists of 2011, as well as earning a ForeWord Reviews Book of the Year Finalist award.
Chris's two crime novels, Blood Drama and A Death in Vegas have earned much acclaim.

I am so glad you enjoyed 'A Death In Vegas'!