18+ Evernight has been publishing romance since 2010. We are not a vanity publisher. You never pay to have your book published with us. Upon final acceptance, your book will be edited, assigned an ISBN, and one of our cover artists will create an eye-catching cover. - see more here 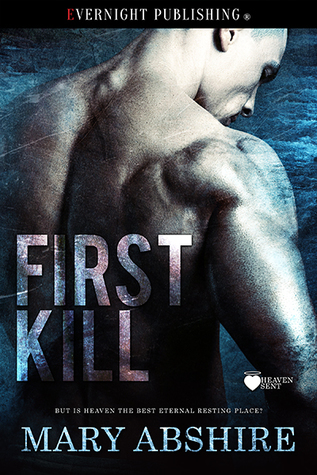 He's a lover with a passion for women, sentenced to Earth.
She's a strong-willed woman on the run & wanted for murder.
Little did they know they were destined to fall in love.

Andrew enjoys the company of women, perhaps too much. The council in heaven had enough of his sexual promiscuity and sentenced him to return to Earth to destroy demons. To make matters more difficult, if he has sex with a woman he has to stay an extra year. Without clothes, money, or food, his task seems impossible.

Emily is in a world of trouble. She leaves her family, job, and home in Chicago to start a new life. As she's driving along a country road, she discovers a naked man lying in the middle of it. He's incredibly built, sculpted to perfection, and blessed with a fine package south of his navel. When he asks for her help, she can't resist.

Over the next several days, Emily's sanity is tested. Andrew struggles to keep his hands to himself. Emily seeks the truth from Andrew while he endeavors to kill a demon. What she discovers frightens her—angels, demons, heaven and hell exist. Determined to help Emily change her future, Andrew offers her a deal. But is heaven the best eternal resting place?

Goodreads ** Evernight Publishing ** Amazon ** Barnes&Noble
About the author:
Mary lives in Indiana and is a lifetime lover of the paranormal, sci-fi, and fantasy. When she's not slaving away at her government job, she is a Paranormal Romance and Urban Fantasy Author. She creates fantastical worlds with vampires, demons, werewolves, angels, and other supernatural creatures. Dive into her books and find suspense, a dash of mystery, and seductive men with passionate hearts.
For more information about Mary or her books, please visit her: 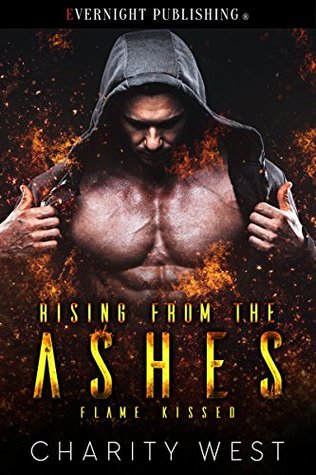 Kaycee Witherspoon barely escaped her last relationship with her life. Now that she has a fresh start in a new town, she feels like she can finally breathe. But is she relaxing her guard too soon? When she finds her tires slashed and her apartment broken into, she has to wonder if her past isn’t quite so far behind her.

Zarek O’Donnell doesn’t know much about the new assistant at his fire station except that her mesmerizing curves and bewitching smile have him under her spell. Even though she laughs easily and seems to light up around him, he can tell that there’s something darker haunting her. His protective side rises to the surface whenever she’s near, and he knows he’ll stop at nothing to keep her safe.

When the lines of past and present begin to blur, there’s only one thing Kaycee knows. This time she might not escape. If she wants the new life she’s forged for herself, she’ll have to fight to keep it.

EvernightPublishing ** Amazon ** Barnes&Noble
About the author:
Charity West is a young adult/new adult romance author who has always had her head in the clouds. She had her first crush when she was four, and it lasted for six years. Then she quickly fell head over heels for another boy, until she had to move away and leave him behind. Jumping from one boy to another, she finally found a keeper when she was twenty, and she’s been married to him ever since.

By the time Charity was twelve, she was sneaking her mother’s Harlequin romances and reading them in secret when she was supposed to be asleep. Teased throughout middle school and high school for the bodice ripper covers on the books she openly read in class, she knew that one day she wanted to write her own happily-ever-afters.
Keep up to date with book news and visit Charity's:

Thank you for spotlighting my book :)