Marie Bartek and the SIPS Team by Robin Murphy

"This book is brillian and I think this is a must read book and I will read the other in the series as soon as I can. I love how the story works and how much feelings we get. I also like the paranormal aspect of the book and like to see this in a crime novel." - Goodreads, Angelica 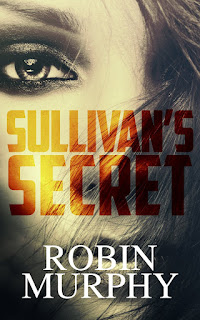 Dr. Marie Bartek’s life has been perfect as the local veterinarian on Sullivan’s Island, SC, until her ability to see spirits returns after eighteen years. After confiding in her best friend and realizing their interests in the paranormal, they organize a paranormal investigation team called Sullivan’s Island Paranormal Society, SIPS. Marie learns to channel her ability through the help of one of the team members, who is a medium, but not before learning the spirits are trying to warn her about the murders taking place on Sullivan’s Island. Sullivan’s Secret captivates the reader with murder, suspense, and the world of the paranormal.

Excerpt Page 2
Just before making the cut, Marie spotted a shadow of a little boy out of the corner of her eye. He looked to be six in age and was staring back at her. She immediately closed her eyes hard and tried to push the spirit out of her head. When she opened her eyes, the little boy was gone.

Excerpt Page 11
Her eyes stared motionless into infinity and bulged while her skin was gray and red streaked. Most of her hair had fallen out and her mouth, lips and tongue were swollen. Found floating face down was the description Chief Cory Miller received during the five a.m. phone call Sunday morning that woke him out of a deep sleep.

SECRET OF THE BIG EASY
Book 2 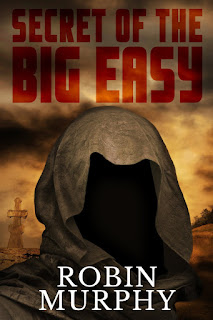 While visiting New Orleans for a conference, Marie Bartek and her friends decide to stay an additional week to do some sightseeing and investigate a few haunted places.

Their vacation turns into something else when Marie has a vision of a woman being tortured and murdered, and decides to contact the police. They soon learn that the woman she saw in her vision has actually been murdered, and after she has another similar vision, Marie and the SIPS team is dragged deep into the investigation.
Are the killings cult sacrifices or something else? Will Marie and her friends be able to figure out what is going on?

Excerpt Page 65
Marie dropped to her knees and the decaying room disappeared when she heard Cory and Gale’s voice yelling for her to open her eyes. As she did, she saw everyone staring back at her while her head rested in Cory’s lap. “What happened? And why am I on the floor?”

Excerpt Page 107
The brilliant moon created a glow through the trees upon the marble altar. He stood at the end of the altar between her thighs and held the dagger in his hands raising it up toward the sky catching the reflection of the moon onto her breast. Carefully he whispered his praise and sacrifice for Beelzebub and set the dagger down between her parted thighs as the golden inverted pentagram swung from the chain around his neck. 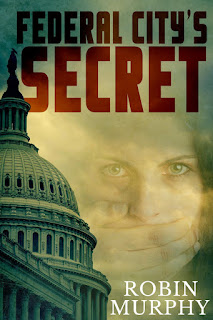 In the third book of Robin Murphy's paranormal mystery series, Dr. Marie Bartek and the Sullivan’s Island Paranormal Society investigate hauntings and spirit activity in the heart of Washington, DC.

Marie develops new nuances with her psychic abilities, bringing more depth and intrigue into their ghost investigations, but this lands the SIPS team in the middle of the mafia, politics, secret societies, and murder.
Through the help of a spirit, Marie discovers that the mafia doesn't take kindly to strangers taking what isn't theirs. This story will captivate the reader with murder, suspense, and the world of the paranormal.

Excerpt Page 74
There was a thud of an outside door opening and Kelly immediately decided to play possum as she quickly got back into her original position and closed her eyes. If nothing else, she may be able to fool them into thinking she was still unconscious and catch them in an unguarded conversation. As she heard the inner door open she tried to slow down her breathing and hoped they didn’t hear her heart pounding out of her chest.

Excerpt Page 112
“Speak to me in English demon and yes I know this will work. Go away, Seducer! The desert is your home. The serpent is your dwelling. Be humiliated and cast down, for even though you have deceived men, you cannot make a mockery of God. He has prepared Hell for you and your angels.” 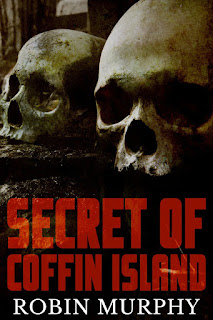 Dr. Marie Bartek and her fiancé, Police Chief Cory Miller, have finally tied the knot. Their wedding festivities are interrupted, however, by the discovery of a headless corpse.

While criminal investigations are Cory's milieu, Marie and her team of psychic researchers have been instrumental in solving mysteries in the past, and she has already received visions that seem to pertain to the mystery at hand. After suffering a fatal heart attack, her mentor and friend Myra has continued her mentorship from the other side, and Marie takes comfort in her presence and guidance.
Once again, Marie uses her psychic ability to lead the police in the right direction. Are there pirates amiss killing those who betray them by decapitation? And is Captain Kidd's treasure really buried on Sullivan's Island?

Excerpt Page 1
The ocean waves pounded out a rhythm that soothed your soul as its spray danced in the air with the seagulls. Crystal-like sands glistened in the sun as the sea slowly melted away the shore. With each ripple of water the sand eroded away the remains of the coffins revealing headless skeletons facing west. Tiny sand crabs scurried in and out of the chest cavities and nibbled on century old plankton and bacteria. The smell of decay mixed with salt gave out a sulfur-like odor even too putrid for the beach animals to ignore, while the sound of a sword sliced through the air. . .

Excerpt Page 30
He stopped his wagon at the edge of the smelly green dumpster and dragged a concrete block that was lying on the other side of the lot to the edge of the bin. He stepped up on the block and shoved the lid up on the top and winced at the pungent stench emanating from inside. He carefully gripped the first plastic bag and heaved it inside and grabbed the frame to keep from losing his balance. As he bent down to grab the next bag he noticed his hands were covered in a red sticky substance.
He wiped them off on the bag, but his curiosity got the best of him as he placed both hands on the frame of the dumpster and slowly pulled himself up to look inside. There staring back at him were maggot filled eye sockets and what appeared to be the remains of a head.

Robin Murphy, of Sharpsburg, Maryland, serves as the Administrative Associate assisting with student admissions, registration, financial aid, and business processes for the Masters programs in the Graduate Studies and Continuing Education departments at Shepherd University.
Robin attended Penn Highlands Community College and is a graduate of Long Ridge Writers Group. She was inducted as a member of Phi Theta Kappa Society, an International Scholastic Order of the Two-Year College in 1997, was nominated to The National Dean’s List in 1998, and received the honor of “New Executives 2000” by the Greater Johnstown/Cambria County Chamber of Commerce.
Robin is an Amazon best-selling author and a paranormal mystery and travel writer. She is a speaker on author platforms, self-publishing, and marketing, and recently became the sole-proprietor of Rookie Writers Solutions. Robin has over thirty year’s experience in the administrative, graphic design, desktop publishing, writing, and self-publishing fields.