chaos and beauty - The Girl Who Went Missing by Ace Varkey

When June Warner arrives in India to visit her sister Thalia, a trip to take her mind off her jilted engagement, she is greeted by the bright hot chaos of Mumbai but not her sister. She goes to the YMCA where Thalia is staying, only to find that she is not there. 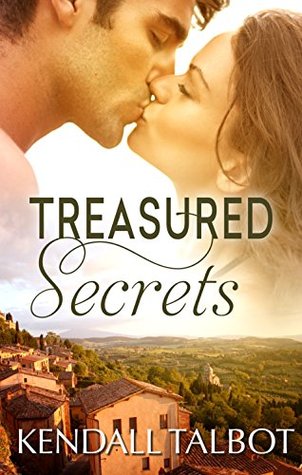 When June Warner arrives in India to visit her sister Thalia, a trip to take her mind off her jilted engagement, she is greeted by the bright hot chaos of Mumbai but not her sister. She goes to the YMCA where Thalia is staying, only to find that she is not there.

Convinced that Thalia is in danger, June begins a desperate search for her younger sister.

Police Commissioner Oscar D'Costa, scarred by the tragedies of his past, swears he will never again ignore his gut instinct when it comes to a missing girl. And with more and more dead foreign women being found in his precinct, he becomes convinced a conspiracy is at play.

Through the 2 worlds (chaos and beauty) of India, they must find the girl who went missing.


He slipped his fingers inside the envelope and grimaced at the cold skin.

Could this be all that was left of her? The last time he touched her she had been warm, wet and very responsive. She had brought this on herself, the stupid girl. But he, too, had been careless. He had allowed himself to take a chance. She had been so sweet and docile—except in bed. Then she had been ardent and insatiable, a woman who truly enjoyed sex.

Until he met her, he had been content with his usual method of seeking out foreign women looking for a bit of fun. He trolled the swimming pools of the fancier hotels, where it was easy to spot the single women stretched out on chaise longues. He knew he was good looking, knew, too, that many were eager to have a holiday romance with an Indian man. He could converse with them as equals, because unlike so many of his countrymen, he wasn’t uncomfortable around women. He had traveled, he spoke perfect English, which meant that all he had to do was make eye contact, say something witty or quaint, and proceed from there.

She had approached him, and perhaps that was why he had departed from his usual practice of being in charge from the beginning. He liked to pick the girl, liked to choose the pace at which to proceed. He had been drinking a cup of tea at a café near the University of Mumbai, when she had walked over and spoken to him.

He had looked up to see smiling green eyes, and red hair framing a beautiful face. The café was crowded, but she told him afterwards that she could have gone to another table. She had liked him, she said. But even so, he had assumed she would keep to her original plans, travel, then return to Mumbai where they could meet up again. But she got carried away with their romance, insisting that she did not want to be away from him. At first his vanity had been flattered. Then, as they continued to meet, she grew demanding. She wanted to have dinner every night, wanted to see his flat. “I haven’t seen what Indians live in,” she had smiled at him. When he deliberately kept away from her for a few days, she arrived unannounced at his door. No woman had gotten this close to him before.

He knew he had to kill her when she told him she was sure he was up to no good, that she was going to call the police on him.

“Look at the facts. Your sister is a student attached to the University of Mumbai. Her friends have told you that she often went away on trips. So yes, I think the logical explanation is that she went on a trip and has got delayed because of the train strike. It isn’t an uncommon occurrence in India. Now, if there was a boyfriend involved, something like that, I would be worried. Those types of disagreements can sometimes end badly. But I wouldn’t worry too much about a student who is trying to finish her work.” He smiled kindly at June, but she wasn’t appeased.

“I don’t think she has a boyfriend, but apparently she was having some trouble with her professor.”

June suddenly felt foolish. Meena hadn’t told her why Thalia was angry with the professor. But the commissioner was looking at her, so June said, “Her friend just said that Professor Pillai wanted to tell her how to do her work— ” June started, only to have the commissioner interrupt her.

“Professor Pillai? Your sister is a very lucky student to be studying with him. Professor Pillai is a famous man in these parts. Just last year he received our country’s highest honor, the Padma Bhushan. I am sure the professor has been giving her every help. After all, your sister has come all the way from America to study with him. Here in India we take such matters very seriously.”

June recalled all the glowing things Thalia had written about the professor. She had teased her, saying she seemed to have a crush on the man. And Thalia had said yes, she had an intellectual crush on him, he was so brilliant. He was also diligent, making every meeting, unlike some of the famous Berkeley professors who dutifully put up their office hours, but never seemed to keep them. But Thalia had long stopped her eulogic emails about the professor and June had just come from seeing a grumpy, ill-mannered man who had shown no sign of kindness.

She wanted to tell this to the commissioner, but the man who had shown her in knocked on the door and said the driver was waiting.

“I’m sure your sister is fine and that whatever disagreement she had with the professor would not cause him to harm her. But do give the relevant information about your sister to my secretary. And please, don’t worry. It is just routine. You must let me know when she returns, okay?”

Constable Mehta wiped his brow with the white handkerchief his wife had embroidered. It was already damp from the number of times he had sopped the sweat from his forehead.

How could this happen on his first day of work? He had put on the khaki uniform with such pride, such hope, the previous evening.

His wife had spent a long time washing and ironing it, and had insisted he take blessings from Ganesh, their family God, before leaving the house. “May Ganesh protect you,” she had said. “May your life in this dangerous work be as long as Ganeshji’s trunk, and may whatever troubles you find in your job be as small as his mouse.”

He had been given the night shift near Dadar Station, one of the busiest train stations in all Mumbai, and was relieved that Ganesh had heard his prayers because it had been relatively quiet. His only problems had been a group of rowdy boys hitting the overhead lights with rocks, a few beggar children who had stolen loaves of freshly made bread, and a new fruit juicewallah who had set up his stall in the spot of another and now refused to leave.

“Stop! Move!” he said, and had waved the thick lathi he carried instead of the gun that western policemen received when they joined the force.

But then Ganesh must have stopped helping him because Mehta knew he had come across big trouble. He may be the most recent member of the force, he may be a relative newcomer to Mumbai, having arrived ten years ago, but even he knew that finding the body of a dead white woman was—bad.

I adore travel and adventure and have lived, for years at a time, in both India and America, as well as other countries. I always wanted to be a writer, and was inspired by Helen MacInnes, who wrote spy thrillers set in various European countries. It sounded like such a marvelous life; travel during the summer to a new country, then spend the year writing about an adventure set in that country. I decided to use my knowledge of India to create stories filled with the colors and sounds of that magical country. But I also wanted my writing to have meaning, and so I decided to write a mystery series featuring Commissioner Oscar D’Costa, with each novel highlighting a pressing social issue. I want my readers to enjoy the read, but I also want them to learn something new.