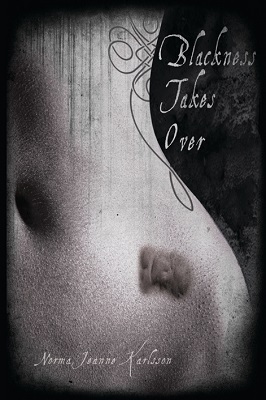 However horrible they have been, it’s these changes that have given her a family and career…now possibly love.
The last thirteen years she has been supported and loved by her protector, her entertainer, and her comforter, but never a lover.

When Dylan Kellerman enters Shannon’s life he changes its course in more ways than one.
He gives her hope and promise of a future she was convinced wasn’t attainable.

Just as she begins to believe she has finally turned her life into something she can build a future on…blackness takes over.

The problem is/was the plot and story that surrounded these intricate relationships needed a lot of room to grow. More room than I could fit in a debut novel. After a lengthy discussion with my editor we agreed Blackness Takes Over couldn’t be finished in one book and to change or attempt to extend the ending would have hurt the overall story I created. Thus the birth of the cliffhanger.

I HATE that Blackness Takes Over is a cliffhanger. I really tried to wrap it up in one book…I couldn’t do it. I cut and rewrote the ending five times. That’s almost 45,000 words that came and went in a matter of days. Every alternate ending I came up with frankly sucked. They felt worse than a cliffhanger, they were blunt jagged endings.

So I took what I could from the rewrites and threw myself into Blackness Awaits (book two). I hammered away at it as quickly as I could so as not to torture readers for months on end. Blackness Awaits is done and with editors now, set for release in April.

My readers have been BRILLIANT and patient and supportive! I know how frustrating a cliffhanger can be (I’ve screamed at many an author myself) and I promise Blackness Awaits is a complete story. I hope to be able to continue the series with more of the crazy antics and shenanigans of my beloved characters…and I will never (never say never) write another cliffhanger! 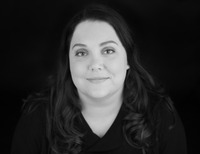 Blackness Takes Over is Norma Jeanne’s debut novel. What began as an homage to the home town of a homesick Midwestern girl, unfolded a story of love, danger, humor, and trust. She’s currently working on her untitled sophomore effort. We can’t wait to see what thrilling saga she leads us through next!

Originally from Kansas City, Missouri, Norma Jeanne recently found herself relocating to the United Kingdom. Now living in Belfast, she took hold of the opportunity to kick the 9-5 job for a chance to become an author. The best part: working from her home office, she gets to spend more time with her cast of crazy characters (written and real).

In her free time Norma Jeanne is a voracious reader and consumes books as readily as meals. She is a people watcher by nature and uses her experiences in life, observed or otherwise, to build the worlds and characters that thrive in her books. A believer in the strength of the human spirit, Norma Jeanne writes the stories of people that persevere when all appears to be lost.

“Rage, rage against the dying of the light.” –Dylan Thomas

Awesome reviews on Amazon for this book~ had to put it on my TBR! Congrats and I hope book 2 is a huge success.

Very professional book blurb. I'm a cliffhanger-hater. I don't buy books with that flaw, until the necessary sequel has been released. I'm just not into torturing myself. Better to swallow the story whole in one huge gulp. *Top Amazon Reviewer #6,149* bookwormpov (at) gmail (dot) com