Giveaway: The Hirelings by Greg Strandberg 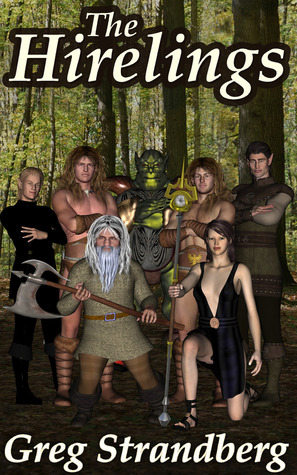 It’s been six months since the horrendous incident atop Mount Misery, the incident that broke Beldar Thunder Hammer’s band of adventurers apart.

Now Beldar’s putting the band back together with the aim of heading back up Mount Misery to end the Kingdom’s Hireling system for good.

Of course that would upend the whole socio-economic balance of The Kingdom and usher in a time of peace and plenty for all. The powers-that-be can’t have that, and they’ll do everything in their power to thwart Beldar and his band of Hirelings from bringing that about.

If you’re tired of formulaic fantasy plots and tired tropes than look no further, this novel has none of that trash! Here’s what you will find:

 Characters struggling economically;
 Graphic violence that’s not for the weary;
 A view of what really happens with battlefield spoils;
 The untold plight of monsters and the causes they care for;
 What becomes of the battlefield wounded;
 Sinister systems, not stupid villains;
 Characters that don’t suck up to you;
 Happy endings going out the window.

If any of those things appeals to your warped senses then I urge you to click ‘buy now.’ What are you waiting for? These characters could be kicking back a cold tankard at the tavern right now, but instead they’re waiting on you!

Greg Strandberg was born and raised in Helena, Montana, and graduated from the University of Montana in 2008 with a BA in History. He lived and worked in China following the collapse of the American economy. After five years he moved back to Montana where he now lives with his wife and young son.

Thanks for highlighting my book today!

Thanks for the giveaway surprise!