Urban legend says... A Face to Die For by Andrea Kane

"The story was fluid with believable characters. A captivating and engrossing read!
There were so many twists and turns in this incredibly suspenseful story. I thought for sure I had it all figured out, once, twice, and even three times when the author delivers a one-two punch that I didn't see coming. An electrifying and startling ending!!!" - Cheryl, Goodreads 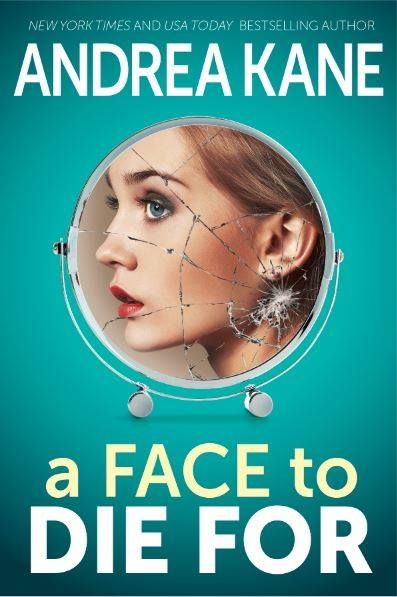 Urban legend says that everyone has a double, or exact look-alike. Would you search for yours? And if you found them, would you risk your life for theirs?

When a chance encounter outside the Plaza Hotel in Manhattan results in mistaken identity, wedding planner Gia Russo is curious to find the person whose cell phone picture has been shown her—veterinarian Dr. Danielle Murano, her exact look-alike. A Facebook private message blossoms into a budding, long-distance friendship, and the two women agree to meet in New York and see the truth for their own eyes.

Shocked at the sight of one another, they quickly bond over drinks, childhood pictures and an uncanny feeling that they share more than just a visual resemblance. Together they decide to end the speculation and undergo DNA testing for siblingship. But when the tests confirm they’re identical twins, more questions are raised than answered.

And with good reason. The same mysterious forces that separated the sisters years ago are still at large, frantic to keep the two women apart. Their attempts to do so become more violent once it becomes clear that the two sisters have found each other. But when the danger escalates and the sisters fear for their lives, Gia turns to a former client of her wedding planning company, Marc Devereraux of Forensic Instincts, for help.

Despite being embroiled in another case, Forensic Instincts agrees to help Gia and Danielle discover who has been threatening them. And when Forensic Instincts discovers that this case is linked to the [Mafia, Organized Crime], they must dig up skeletons better left buried, and get at the frightening truth without destroying the sisters and the families they have grown to love.

GUEST POST
The advantages and disadvantages of a woman author

A: This is an excellent and thought-provoking topic to address. Being a positive person, I generally start with the pluses, rather than the minuses. But, in this case, I’m going to reverse that decision and start with the disadvantages.

Female authors have faced discrimination in publishing since Gutenberg invented the printing press. For years, female authors have had to fight to be taken seriously. Women have written under male pseudonyms (brilliant authors such as the Bronte sisters, Louisa May Alcott, and, yes, most currently, even J.K. Rowling who intentionally used her initials so as not to alienate young male readers from reading the Harry Potter series). Female authors masked their identity in order to either have a broader reading audience or, historically, to be published at all. In fact, one of my historical suspense novels, Masque of Betrayal, explores this issue around the time of Alexander Hamilton in America. In Masque of Betrayal, the heroine writes a political column under a male pseudonym. At that time, a woman’s thoughts and opinions were not respected, not expressed in public, and certainly not printed in a newspaper!

Thank heavens for more current mystery/thriller authors such as Agatha Christie and Daphne Du Maurier (two of my all-time favorites), who started to break some of those stereotypes and barriers, after which female mystery/suspense/thriller authors began to be recognized as the talented writers they were.

Still, the process of acceptance was a slow one, and the above authors were the exceptions rather than the rule. The gender barrier began to morph slightly, where female authors were accepted but pigeon-holed. For example, it was accepted that women could write romance novels, given that they were viewed by critics as fluffy “love stories” that were a woman’s easy forte. How ridiculously absurd a stereotype! Before I moved to writing suspense thrillers, I wrote historical romance novels for years, and, believe me, they’re anything but fluffy or easy to write. They required skill, creativity, research, an understanding of relationships, a solid storyline, and hard, hard work.

A female author in the mystery/suspense/thriller genres means operating in what has always been a male-dominated world. Like women in all walks of professional life, they’re generally paid less and taken less seriously than male authors. Many A-list female authors have not received the brand attention by publishers and media coverage that their male contemporaries have enjoyed. These female authors have often sold more copies than their male counterparts, but have received far less remuneration and publicity than they deserved. To this day, they are underappreciated and under-recognized for their artistic and financial contributions. That said, I am hopeful that the gender inequality that exists in all professions (writing included) will end and women and men will compete (and be rewarded) based solely on their talent and contributions.

Now to the advantages of being a female author: Innate skill at creating stronger characters and developing relationships between protagonists.

Not to sound immodest, but I’ll use myself as an example to make this point. My novels are always about compelling characters placed in difficult situations. For me, the psychology of people and how each unique individual faces the challenges that life presents him/her with are what makes for interesting stories. That applied when I wrote my historical romance novels, where love and relationships were at the forefront, and now, when I’m writing my suspense thrillers, where different sets of relationships propel the story.

In my opinion, the ironic part of minimizing the romance genre is that the relationship-building skills necessitated in writing romance novels are equally crucial to writing good suspense thrillers. It’s true that thrillers require a completely different mindset and execution, as well as different kinds of relationships, but the interactions among the characters and the foundations of the characters themselves are the very essence of a good thriller. Bottom line? No matter how exciting and intricate the plot, if your readers don’t care what happens to the protagonists, antagonists, even secondary characters, then why would they bother to read the book? Personally, if I don’t find fictional characters compelling, I quickly lose interest. So why would I expect anything less from my readers?

To that end, my own writing experience shows a key advantage of being a female thriller author—you’re forced to hone your craft of developing strong characters and strong relationships. (Note: By relationships I refer to ALL relationships, including familial, friendship, professional, and protagonist versus antagonist—not just romantic liaisons.) Since I subjectively believe that women are inherently better at getting inside the feelings of others, and since by definition that’s a necessity in creating strong characters and relationships, I believe women have the advantage in creating novels—all novels, thrillers included.

So to summarize: Being a writer, any writer, is challenge enough. But establishing yourself as a successful female thriller writer takes more, just as being any kind of professional woman takes more. We’ve got more than enough of what it takes. We just need the opportunity to be heard and fairly compensated for our talents. 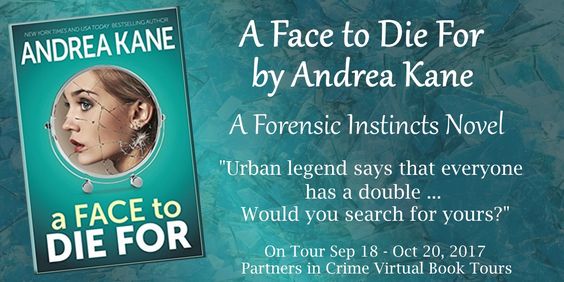 About the author:
Andrea Kane is the New York Times and USA Today bestselling author of twenty-eight novels, including fourteen psychological thrillers and fourteen historical romantic suspense titles. With her signature style, Kane creates unforgettable characters and confronts them with life-threatening danger. As a master of suspense, she weaves them into exciting, carefully-researched stories, pushing them to the edge—and keeping her readers up all night.

Kane’s first contemporary suspense thriller, Run for Your Life, became an instant New York Times bestseller. She followed with a string of bestselling psychological thrillers including No Way Out, Twisted, and Drawn in Blood.

Her latest storytelling triumph, A Face To Die For, extends the Forensic Instincts legacy where a dynamic, eclectic team of maverick investigators continue to solve seemingly impossible cases while walking a fine line between assisting and enraging law enforcement. The first showcase of their talents came with the New York Times bestseller, The Girl Who Disappeared Twice, followed by The Line Between Here and Gone, The Stranger You Know, The Silence that Speaks and The Murder That Never Was.

Kane’s beloved historical romantic suspense novels include My Heart’s Desire, Samantha, The Last Duke, and Wishes in the Wind.

With a worldwide following of passionate readers, her books have been published in more than twenty languages.

Kane lives in New Jersey with her husband and family. She’s an avid crossword puzzle solver and a diehard Yankees fan. Otherwise, she’s either writing or playing with her Pomeranian, Mischief, who does his best to keep her from writing.
Catch Up With Andrea Kane On:

I read this book, and had trouble putting it down, and as the author states in this post, it definitely had compelling characters!