Now in English!! - So Near the Horizon (Danny-Trilogie #1) by Jessica Koch

From the moment she crosses paths with Danny, Jessica is fascinated. The dashing, confident twenty-year-old has everything she dreams of—looks, success, independence, money—and his kind, infinitely cheerful nature is spellbinding. 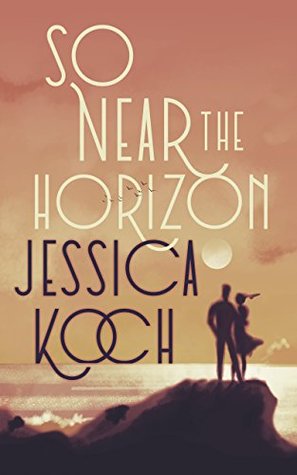 From the moment she crosses paths with Danny, Jessica is fascinated. The dashing, confident twenty-year-old has everything she dreams of—looks, success, independence, money—and his kind, infinitely cheerful nature is spellbinding.

Yet Jessica sees something else lingering underneath Danny’s perfect facade. Bit by bit, she manages to pick it apart, unveiling harrowing truths about a deeply traumatic childhood that has left more than just emotional scars. Now, far away from his home and family, he is fighting to build a normal life for himself—even though he may be destined for a future as dark as his past.

Despite all adversity and against all reason, a deep and intimate love develops between Danny and Jessica. But soon they find themselves confronting the harsh realities of a superficial world, battling against prejudice and exclusion at every turn… and, worst of all, racing against time…

My eyes drifted to Danny’s back, to the fine, light scars gradually fading from view beneath his deepening tan. Two or three more days of sun, and they would be almost completely invisible—at least until winter, when they would stand out once more, painful reminders of what his father had done to him—and the nightmare that would one day catch up to us. I would be at Danny’s side when it happened, there was no question of that. And I knew Danny would never leave me of his own free will, although I wasn’t sure how exactly I knew that. I just did. I knew it the way you know you need air to breathe, or that the sun provides warmth.
*****
We were the weirdest little group in the world, but we were happy. Maybe we were naive, too, because none of us would ever have guessed that this would be our last summer together. If anyone had told us that, we’d have stared at them in disbelief, and then probably laughed in their face. At least, I think so. I should have just listened to Danny more carefully—what he said to me in Italy turned out to be true. His intuition was remarkable, and his gut never lied to him. But even considering all that, we’d never have imagined the circumstances that ended up separating us.

TOUR SCHEDULE
only .99 for a limited time
Goodreads ** Amazon

About the author:
Jessica Koch (born in Ludwigsburg, Germany) began writing short stories when she was still in high school, but never submitted her work to publishers. In late 1999, shortly after beginning her studies to become an architectural drafter, she met Danny, a German-American dual national. Her experiences with him eventually formed the basis for So Near the Horizon, though it was nearly thirteen years before she felt ready to bring the manuscript to the public.

The author describes a life lived somewhere between hope and fear, between optimism and despair. She reflects on events from her own past with raw honesty, confronting more than one difficult subject along the way.

Jessica Koch lives near the city of Heilbronn with her husband, their son, and two dogs. The second and third books in the trilogy, So Near the Abyss and So Near the Ocean, are already best-sellers in Germany as well. 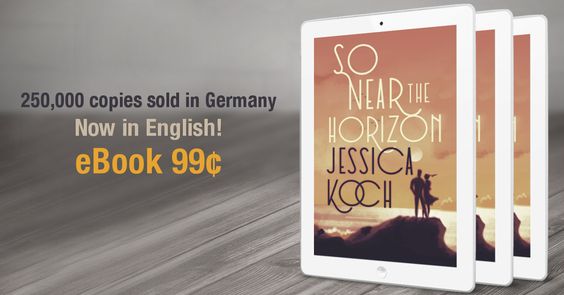 So near the horizon sounds like a good read. Thank you

I really enjoyed reading the entire post today. This is a new author for me so thank you for the reveal!