The troubles begin when... Bones To Pick by Linda Lovely

"[T]he story combines suspense, humor, and a smattering of romance (hey, Brie is being courted by two great, but very different guys). What is there not to like. To quote the last sentence in the book, “Holy ham hocks. Life [on the farm] was going to be interesting.” - Floyd, Goodreads 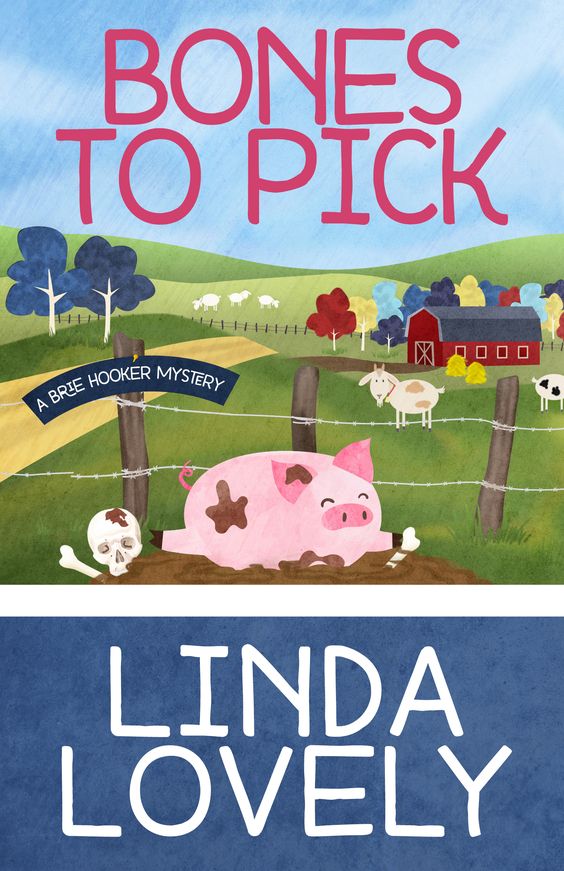 Living on a farm with four hundred goats and a cantankerous carnivore isn’t among vegan chef Brie Hooker’s list of lifetime ambitions. But she can’t walk away from her Aunt Eva, who needs help operating her dairy.

Once she calls her aunt’s goat farm home, grisly discoveries offer ample inducements for Brie to employ her entire vocabulary of cheese-and-meat curses. The troubles begin when the farm’s pot-bellied pig unearths the skull of Eva’s husband, who disappeared years back. The sheriff, kin to the deceased, sets out to pin the murder on Eva. He doesn’t reckon on Brie’s resolve to prove her aunt’s innocence. Death threats, ruinous pedicures, psychic shenanigans, and biker bar fisticuffs won’t stop Brie from unmasking the killer, even when romantic befuddlement throws her a curve.

There is nothing funny about people dying or murder. Yet I firmly believe there’s a place for humor in many murder mysteries. Why?

According to an article written by the Mayo Clinic staff, laughter is a terrific way to relieve stress. So, for the mystery author, situations and dialogue that provoke smiles, chuckles or laughter give readers breaks from tense, danger-packed scenes and/or relief from getting a glimpse of a villain’s evil mind. Such breaks give them an opportunity to relax a bit before the next danger scene winds them up again.

I also believe humor offers the same stress-relief valve for fictional characters when they’re in danger. An example would be the scene in Butch Cassidy and the Sundance Kid after the characters have been chased up a cliff with no way to escape except jumping into a river far below. When Robert Redford’s character confesses he doesn’t want to jump because he can’t swim, Paul Newman’s character laughs and says, “Why you crazy…the fall’ll probably kill you!” 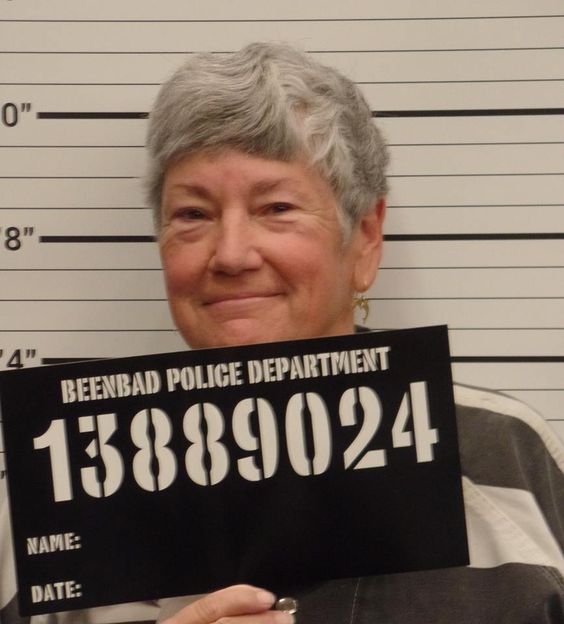 So, what type of humor is appropriate in mysteries? I’m a fan of Carl Hiaasen. But I’ve learned to never try to explain to someone who hasn’t read one of his books why a bouncer with a weed whacker prosthesis is hysterical. It takes a real master to pull off dark humor.

Since dark humor is not one of my strengths, I try to rely on situational humor and verbal sparring between characters who like or love each other. In Bones To Pick, my heroine, Brie Hooker, has never had a pedicure but decides she needs one in order to try to wheedle information from a pedicurist. I envisioned a variety of humorous possibilities in this situation as soon as I knew Brie would be headed to a salon.

In another scene, where Brie and her friend Mollye are in a life-or-death situation, Brie uses humor to try to calm herself and Mollye, and keep their minds off their potential fate.

As far as verbal sparring goes, the Brie Hooker Mystery series gives me ample opportunities for ribbing since the heroine, Brie, is an aspiring vegan chef, and she’s living on a goat dairy farm with her Aunt Eva, who is a carnivore and cheese lover.

Humor in dialogue also has a way of revealing character. What do the characters find funny? Is laughter one of their coping tools? It’s certainly one of mine. So it’s no surprise that my heroine shares my need to laugh occasionally when things look bleak or when I’ve made a foolish mistake.

The article also claims that laughter has a number of long-term benefits, ranging from immune system improvements and pain relief to feeling happier and less anxious and being better able to relate to others.

So why not pick up a humorous mystery today and enjoy twin benefits? You’re practically guaranteed to see justice done and good triumph over evil and you’ll get more than a few chuckles along the way.

Over the past five years, hundreds of mystery/thriller writers have met Linda Lovely at check-in for the annual Writers’ Police Academy, which she helps organize. Lovely finds writing pure fiction isn’t a huge stretch given the years she’s spent penning PR and ad copy. She writes a blend of mystery and humor, chuckling as she plots to “disappear” the types of characters who most annoy her. Quite satisfying plus there’s no need to pester relatives for bail. Her newest series offers good-natured salutes to both her vegan family doctor and her cheese-addicted kin. She served as president of her local Sisters in Crime chapter for five years and belongs to International Thriller Writers and Romance Writers of America.

Thank you for showcasing this title. Loved this post since I'm a firm believer to look for the humor in all situations.

The only way through any difficulty is humor! And a good book. I recommend this one. :)

Sounds like a fun read! And the book cover is adorable!

Carl Hiassen's use of dark humour is wonderful. I almost feel guilty for laughing!