"Waterproof was fun on so many levels. First, it is a treasure hunt story. Replete with pirates, voodoo women, and maritime intrigue.Next, it is the story of a romance decades in the making. Our heroes, childhood friends take many years to unite. Oops, I guess that could be a minor spoiler, but you learn that right away." - Mike, Goodreads 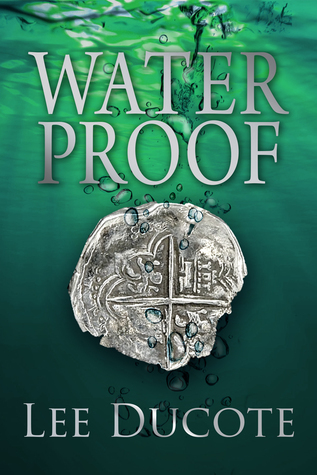 What happens when a Voodoo woman named Labriox Papillon spills her secrets to a young boy who is trying to capture treasure and his childhood crush? Adventure, South Louisiana legends, and love!

In Waterproof, Spencer LeJeune, a nerdy kid that grew up to a young attractive man, puts it all on the line to find the Spanish Treasure Barge and win over Toni Benoit’s heart. What starts off to be a reunited friendship turns into a suspenseful hunt for treasure and to outwit a fifth generation pirate from Spain.

Will Spencer win the heart of Toni and find the treasure before it costs him the lives of others and millions in silver and other treasures? Can Toni tame the treasure loving man and keep his focus?

Remnants of the crawfish boil from the night before littered the dock as Spencer pulled his equipment to his boat. Most of the shrimp boats had already left the docks to get an early run before the heat set in.
Spencer had been thinking about seeing Toni at the park and was questioning whether he wanted to stop by the clinic. He walked back to his truck to gather his side-scan sonar and laptop that was neatly tucked away in a waterproof case.
Lugging the equipment back, Dusty stopped washing his boat and called out to Spencer. He’d been cleaning the grease that had accumulated on the floor from his repairs. “That’s some sophisticated equipment for checking oyster beds?” His cigar was hanging out of his mouth.
Spencer smiled. “Hard to believe that you haven’t blown yourself up with that stogy around all these fumes,” he replied.
Dusty just laughed. “Where you heading today?”
“I’m running over to Hackberry Bay.”
“Hackberry, in area 13? Is that going to be open this year?”
“I don’t know—I just do the reports,” Spencer smiled.
Dusty had good reason to ask; the area had been closed to oyster fishing due to the oil spill in 2010. As the third generation of his family to fish the Barataria area, he had survived many storms including Katrina, and nothing was pushing him out.
“What’s the dive gear for?” he asked Spencer with a curious look.
“Oyster bed research and recreation, but mostly for oyster beds.”
Dusty shook his head in acknowledgment. “You going to the clinic to see that girl today?” he asked.
It threw Spencer that Dusty would know she asked him to stop by. He shrugged. “I’ve got a long day today.”
“So?” Dusty asked.
“Why would you think I would be interested in her?” Spencer asked, wondering if he was overstepping polite conversation.
“Shoot! As a little boy you chased that girl all over the docks and streets.”
Smiling, Spencer replied, “Well, that was a long time ago.”
“Huh!” Dusty grunted out a sly smile. “You mentioned her four or five times at the crawfish boil last night. But it’s none of my business. Be safe out there.” He turned to walk back to his boat. Spencer did the same.
Did I mention her too much last night? I did have a few more beers than normal. I hope I didn’t say too much. Standing there holding his duffel bag, he wondered, Did I mention the treasure?
As Spencer fired up his boat, he thought about how many times he and his dad had left the very same dock, and that thought stirred his childhood memories of returning in the evening. Dusk was Spencer’s favorite time, when the water would glow with the lights from other boats and oil derricks scattered throughout the basin. He spun his hat around and throttled down toward a northern bay called Adams, the four Yamaha 350s barely sounding strained as he jetted across the choppy water.
Spencer slowed his speed just as he entered Adams Bay and let the boat drift to a stop. With the sun beaming down, he took off his hat long enough to pull his t-shirt over his head.
To look at him now, you’d never know he used to be a scrawny kid. With a new city and a determination to never be picked on again, Spencer discovered a love of fitness in his late teens. He was well toned and had earned a defined six-pack while swimming and working out. He had even taken up surfing while on the East Coast and spent many days on the beach, drawing attention from quite a few girls. Still an awkward kid at heart, he ignored them for the most part. 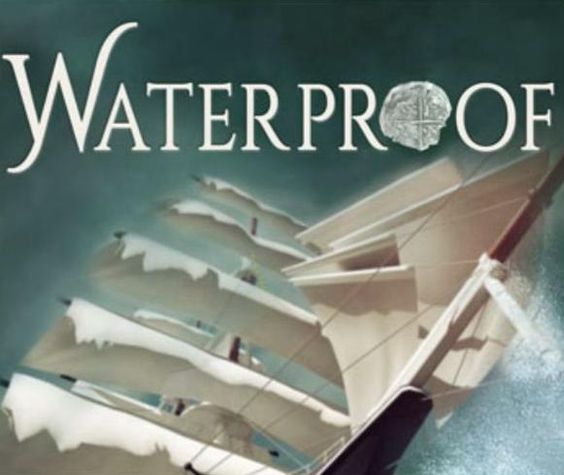 In the heat of the afternoon, he made several passes along the shore, dragging the towfish and concentrating on the computer screen as the sonar took three-dimensional pictures of the bay floor. As he made his seventh pass, the sonar picked up on an object that was out of place. Could that be it? Is this what I’m looking for? He took a snapshot of the picture and turned the 42’ around to make another pass. Looking closer, he could see a square object extruding from the mud, no deeper than fifteen feet.
Spencer pulled out his scuba gear and snapped a bottle to the back of his buoyancy compensator. Blowing up the BC with air, he threw it over the side, picked up his fins and mask, and dove in after it. Once he strapped himself in, he released the air from the BC and kicked toward the structure that his sonar had uncovered.
Within minutes, the wooden structure came into view. It was long and square, sinking farther into the bay floor. Spencer grabbed on the end and pulled himself closer to the wood, his heart pounding and his breathing rapid. He fanned the soot from the wooden object and saw it was intact, but then he saw something small and shiny. The object was round and silver and pressed against one of the wood planks. Pulling himself closer, he saw that it was a screw. He had found a victim from Katrina—someone’s sunken pier.
He shot back to the surface, and breaking the water line, he pulled his mask down to his neck. “Well, hell!” Floating behind his boat for a moment, thinking that there would probably be many false alarms, he ran his finger and thumb together, realizing the water seemed slimier than when he was a kid.
Then he heard the faint sound of an outboard motor. That wasn’t unusual at all, but the longer he listened, he noticed the motor had a particular tick in the engine. Where have I heard that before? he thought.
Growing up around water and all types of boats, Spencer had learned to recognize boats by the sound of the engines. This motor had a familiar sound to it that he hadn’t heard since his childhood … the same sound made by Lebreaux’s motor on her old wooden skiff. As his mind registered the connection, his eyes widened and he spun in the water looking in all directions, but no boat was in sight.
He wrapped his fins around his wrist, climbed up the ladder on the back of his boat, and let his gear rest on the floor while he wiped the water from his face and hair, still looking for the boat, but finding nothing.
His dark skin shone with the water beading off, thanks to the sunscreen he had applied earlier. Putting his aviator sunglasses on, he saw a white crane flapping its wings in the water. That’s strange, he thought, and motoring closer, he could see the bird was in distress in only a foot of water. His boat resting gently on the bottom, he leaned over and grabbed the bird that was weak and out of breath.
“Well, buddy, with this broken leg you don’t have much chance.” With a smile, he looked around, and then back to the bird. “I guess we’re going to the veterinary clinic after all.”

About the author:
Lee DuCote has traveled the world researching cultures, people, and historical accounts to help create his stories. A native to Louisiana, he writes to give hope and encouragement to others, as well as to entertain and spark the imagination. Lee lives in the Ozark Mountains of Arkansas with his wife and family and is the author of seven novels including Camp 80 that earned him an international book award.