322 years after the apocalypse, the world has changed, but her people have not. Secrets, lies, and manipulations endure among a small group of survivors taking refuge on an island in the Northern Pacific. 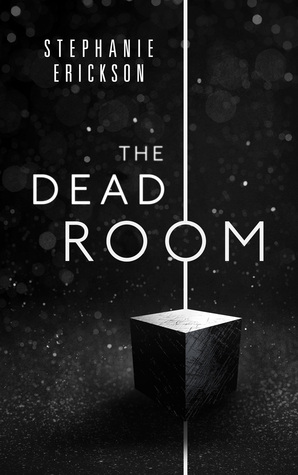 322 years after the apocalypse, the world has changed, but her people have not. Secrets, lies, and manipulations endure among a small group of survivors taking refuge on an island in the Northern Pacific.

No one knows what claimed so many lives over three centuries ago, and no one asks, except Ashley Wortham. She can feel the secrets around her, begging to be uncovered.

But the nine elders who govern the island guard their secrets jealously. They believe the islanders know what they need to, and they hide their secrets behind a ruse of peace. But when Ashley, and her best friend Mason, go down the rabbit hole, no one is prepared for the truths they uncover.

What will they do when they discover the downfall of humanity lies within their own island, deep inside the dead room?


Approx. 322 years after the apocalypse

The body lay on a two-piece metal pyre in the center of the clearing. Nothing more than the skeleton of a table, the pyre was simply used for the display and transport of the bodies. Burning the dead was a custom from the time before.

The corpse’s blue cotton, long-sleeved shirt was buttoned all the way to the top to hide his injuries, and the matching navy slacks had recently been pressed. With his hands folded over his abdomen, Wesley looked rather dashing. Ashley wished her match had actually been dashing in life.

She wondered who would wear that outfit next. Nothing was ever wasted on the island. Not even the clothes of a dead man. She herself had worn the clothes off a dead woman’s back. Squeamishness was a luxury no one could afford.
Although “new” clothes were made on the island, from animal skins and the cotton grown in the farmlands, they were typically reserved for the higher ups—elders, doctors, and the like. Cotton was difficult to grow in the cold climate, and the clothes were made entirely by hand. Once it had been worn and patched a few times by those with power, new clothing was eventually passed down to the lower branches of society.

But, it wasn’t just clothing that moved on after an islander died. All of their belongings were redistributed among those in need. The dead’s family wasn’t allowed to keep anything they didn’t need. Sentimentality was a lost emotion to the islanders. Reusing everything was essential, even if the previous owner was a dead man.

It had only bothered her once—the first time she’d seen one of her father’s outfits on another man. Even then, at the tender age of ten, she’d understood it was bound to happen eventually. She just hadn’t expected it to happen so quickly. Only a week after his funeral, she’d spotted one of her neighbors walking down the road in her father’s clothes. She ran to him, hoping her father’s scent might still linger on his shirt. But the man neither embraced her nor offered her any sympathy. He only looked at her with wide eyes, the horror and disgust plain on his face.
Death on the island was such a strange thing. She’d lost track of how many funerals she’d been to in her lifetime—at least one a month. Unexpected deaths, like that of her match, added to the average.

Only three of the losses had actually meant something to her—her mother, her father, and now Wesley. Her father’s funeral was, of course, devastating, made more so by the fact that they’d shared the same first name. Everything the elders said about him could have also been applied to her. How they were thankful for “Ashley’s life,” how they wished “Ashley peace.” It sent shivers down her spine.

Once, she’d asked him why they shared a name. His mother’s name had been Ashley, he’d explained, as had her mother, and her father before that. On and on, down the line, the name had traveled, until it had reached Ashley. And one day, as was their tradition, it would go to her own child.

The funeral for her mother, who had been taken by a simple cold that escalated into something much worse, was nothing more than a hazy memory. Still, Ashley missed her mother terribly and felt incomplete without her. She searched for her whenever the jasmine got caught on the wind, because her mother had loved to wear the flower behind her ear.

Wesley’s funeral was a problem. She wasn’t entirely sure how she felt about it. The loss of her parents had left her feeling completely alone. She’d hoped to find love again with her match, but he’d left her terribly disappointed.

Now that he was gone, her emotions warred with themselves. Relief was the biggest player fighting for space in her mind. Relief to have escaped the abuse and the pressures of being the next elder’s wife. Guilt came in at a close second, but not because she regretted killing her match.

It was because her best friend was being blamed for it. Stephanie Erickson has always had a passion for the written word. She pursued her love of literature at Flagler College, in St. Augustine, FL, where she graduated with a BA in English. She has received several honors in her writing career, including recognition in the 72nd Annual Writer's Digest Competition. After graduation, she married and followed her husband in pursuit of his dream. The Cure and The Blackout were written to reignite Stephanie's passion, when she found the time. Now that he is settled in his career, it's her turn to devote more time and energy into writing. Stephanie currently has 3 projects planned for 2015. Her upcoming release is well underway and is slated for a March 2015 publication date. Stephanie, of course, loves to read and write. She also enjoys living on the beach on the Florida's Treasure Coast. Most of all, she and her husband are in love with their baby girl.

water, food and a knife
thx u for the chance...

A knife, sunglasses and a sexual partner.

A person, book, and spices

A book, water and food. Thank you for the chance.

I would want a good knife, first aid kit and a solar blanket.

a large knife, a metal pot and a mirror (to give signal to a boat if I see one)

A knife, water, and my cell phone

I would want a knife, a lighter, and water.