From Goodreads: "If you are looking for a story with a strong female character, look no further than The Cloak by Sarah Jennings. It’s an interesting tale about a fictional land called Errigal. [...] I like the way the author combined medieval and modern day. It lent the story an air of romance without being too fanciful. I also liked how the main character [...]" 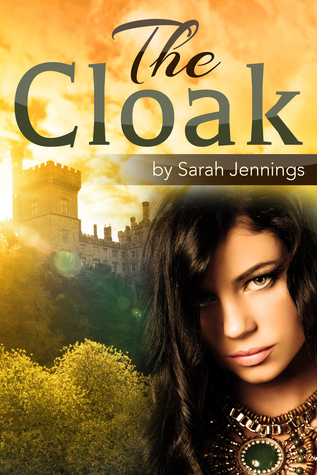 
Kellan McKensie, Princess of Errigal, is set on leaving for another world before being thrust into a plan of God's choosing that includes learning of her past, embracing her future, and finding her forever love.

Among a lost line of beautiful, wise queens and a conquered country still clinging to medieval traditions in today's world, can Kellan be convinced that now is her time to act? Why should she? To the entire country, she doesn't even exist. Ever the reluctant leader, Kellan is pressured to use her incredible God-given abilities to bring back the glory of her homeland. To do so, she must fight her own will, overcome fears, and control her temper. It's a lot to ask of a girl hidden under a cloak her whole life.

Welcome to Errigal! What would a Celtic themed setting be without green hills and a castle? Featured on the cover of The Cloak is Lismore Castle, a beautiful structure in the town of Lismore in County Waterford, Ireland. Although Errigal is a country all unto its own in the story, the wondrous landscapes and medieval architecture of Ireland provide the perfect backdrop for characters whose roots can be traced back to their Irish homeland.
***
It wasn’t a large, industrious European country, just a largely ignored small one tucked between France and Germany and clearly different from any other place on earth. While much of the world busied itself with gaining ground in technology, building powerful weapons, and seeking luxury accommodations, Errigal, meaning “small church”, remained a land immersed in the medieval culture it first possessed at its inception. Transportation by horse, cooking on a wood-fired stove, and in turn, dressing the part, were all the norm. (The Cloak, Chapter 1)
***

In the book, Errigal is split between two main regions, referenced as the valley and the mountainous area of Torrin. In addition to the McKensie Castle, the valley area encompasses the majority of the country's villages, marketplaces, and various hot springs. Torrin, on the other hand, has a much smaller home for its self-proclaimed ruler and is not as populated, although it is making moves toward cultural advancement. The tense relationship between the two regions is duly noted in the story.

Many early Irish castles were constructed during the medieval period between the 11th and 15th century and were updated to fit various periods as time passed. Designed mainly as massive homes for defense, incorporating stone walls and water barriers, and not for displays of lavish living, the castles were often built for chieftains and outsiders worried about what may await them in another land. In The Cloak, descriptions of the McKensie Castle fall within this basic concept, with a few secret passages thrown in for fun.
***
Kellan had come in from another long day, kicked off her boots, and flopped on the bed. She was almost instantly in dreamland when she heard tapping on wood. What in the world is that? I don’t care, she thought, I’m too exhausted to investigate. Maybe it’s a dragon from long ago and he’s here to eat me up. Whatever. Let him. She started to doze off once more, but there it went again, louder this time. For crying out loud, what is that? Am I not even allowed to sleep just a little? She dragged herself off her bed and went to the side of the window, not allowing her shadow to fall across the full face of it. If it was a dragon, she was going to see him first. She peeked out the edge of her drapes past one open shutter, and there was the king standing below.

Bewildered as to why he was out there, Kellan lifted the other shutter hook, and leaning out, yelled down to him, “You’re going to fall in the moat, you big dummy.” She thought he looked so funny down there. “What are you doing?”

“I request a meeting with the princess of the house,” he said grinning. He felt just as goofy as she thought he looked, but there was no other way to do it. He couldn’t just walk into her chambers, and her Mighty Men wouldn’t let him get close enough to wave.

“Just a minute,” she said. She would have to sneak out, without her men trailing her. Climbing out the window with nothing to hang on to wasn’t going to work from the third story of a moss covered stone castle. She’d be in the moat herself for sure, and there was no telling what was in there. No, thank you. (The Cloak, Chapter 6) 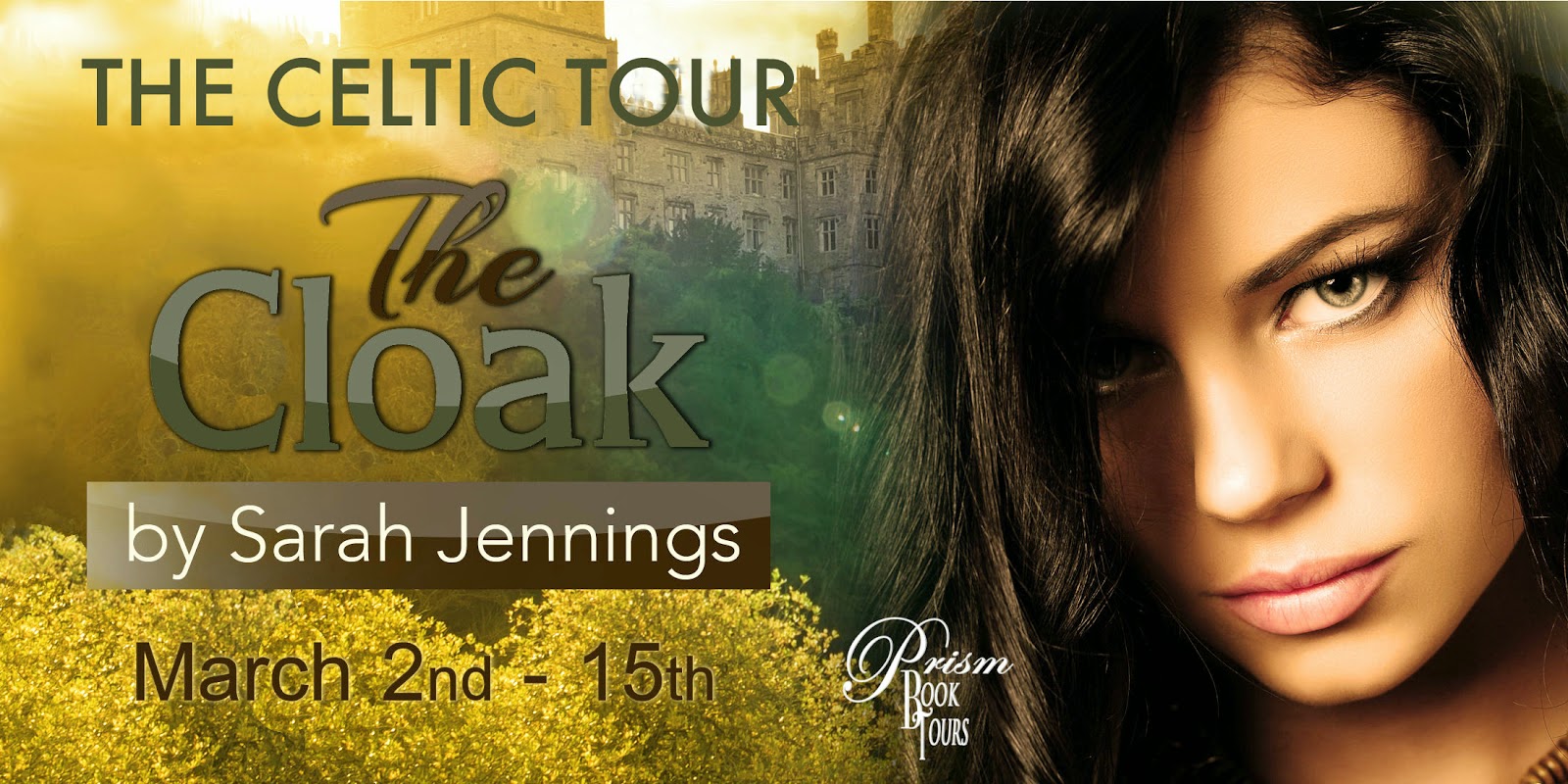 About the author:
Sarah Jennings is an American storyteller living in the hills of North Carolina with her husband, four children, and escape artist hound dog. Her stories often revolve around strong willed heroines who find their way with God’s help during their adventures and in the process find their soulmate too. The Cloak is one such story now available in print and ebook format.

I enjoy reading books about medieval and modern day with a strong female heroine. This sounds great !

Love the cover looks so awesome.

The synopsis def convinced me to get this! :D
Mary G Loki

Thank you, Mythical Books, for being a part of the tour for The Cloak! The comments from everyone are much appreciated.

I find it refreshing that your book is about a strong woman. I really appreciate that. I enjoyed your excerpt and you sharing a little about you. I always find it interesting learning something about the wordsmith and teller of tales. :)

The book sounds really interesting and I really like the colors on the cover.
Thank, you so much for hosting such a great giveaway.

I enjoyed reading the description. I would love to read the whole novel and the cover is fantastic.