Interview and Giveaway Both Sides Now by Shawn Inmon 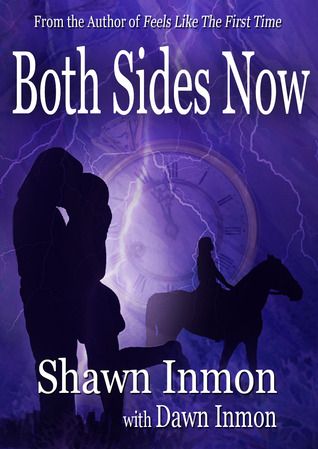 Just as she was flowering into her teens, life uprooted Dawn from the tanned crowds and sunny beaches of southern California. It transplanted her into rainy, rural Washington, where she strove to adjust, mature and thrive. Love came to Dawn--and was ripped from her by events and manipulations she could not control. But Dawn had a core of steel. An emotional castaway, she battled grimly through life's trials and sorrows, safeguarding her heart against further ravages. Then love reached out to Dawn once more--if she could find the courage and spirit to grab it with both hands, and this time, never let go. This is her story.

I started writing Feels Like the First Time in 2007 – two and a half years before Dawn and I reconnected. By the time we found each other again, I was over half finished with that book. Once we were together, I considered weaving Dawn’s story in with my own, but I chose not to because I knew that would essentially give away the ending of the book – that we were together. So, I finished the book the way I started it, writing it completely from the first person perspective. It was only after the book had been out about six months and had become popular that I started to get emails from people asking some of the questions that were unanswered in my own book. At that time, I was re-reading Ender’s Shadow by Orson Scott Card, which re-told Ender’s Game from another perspective. I realized that was the perfect framework to use for our story.

However, it took me about six months and three misfired attempts before I got Dawn’s voice right. Because I wrote Both Sides Now in the first person also, it was critically important that the reader “heard” a completely different voice in her head than they had when they read the first book. I really struggled with finding the right voice, but in March, my friend and editor J.K. Kelley recommended that I read Jane Eyre. I loved the story, but it was serendipitous in that I found Jane to be very similar to Dawn. It was like her voice came into focus and I was then able to write the entire book in 32 days.

The story begins in the 1970s. Is this love story characteristic of that period or it remains valid for our days?
Great question, and it’s both, really. It is characteristic of that time in that the events of the story never would have played out completely different with cell phones, email, Facebook, texting, etc. The deception that kept us apart for 30 years almost certainly would have crumbled if I could have sent Dawn a FB message saying “Is this what you want, really?” but that wasn’t available to us, so we lost 30 years together. Also, I think kids overall were a little more accepting of parental authority then. Now, if you tell a fifteen year old girl “You can’t ever see him again,” I don’t know if she adheres to that.

At the same time, so much of what we experienced—the early friendship, the growing attraction, the appreciation for who each other was—is essentially unchanged. That is a dance of love as old as time.

There is a limit/case where young people should say “no” to their parents’ decision for them?
That’s a tricky question! Dawn and I both wish that we had questions authority a little more at the time, since it turned out that those authorities weren’t being completely honest with us. Dawn knows that she was very accepting of everything her parents told her when maybe she should have challenged them on things a little more. At the same time, your parents are supposed to be your guardian against the world, always acting in your best interests. You should be able to trust them completely.

You married your school sweetheart, Dawn, thirty one years after you asked her for her hand. So it’s clear from where book idea came, but where the reality stops and fiction begins?
In the case of Both Sides Now and Feels Like the First Time, the reality doesn’t stop. Every word in both books is part of our life story. It all happened. As a writer, it was a little challenging, because there were times that I would think “If I were just writing a story, I would have this happen here, but I couldn’t because it didn’t adhere to the facts of our lives.

I will return to the general ideas of that story again, though. I have a new short story out this week that is about two lovers who were separated by circumstance twenty years before. It’s fiction, though, so I can control the flow of the story much better instead of having to rely on inconvenient facts.

Can true love overcome everything? And do you have any advises for young people to avoid wasting the time in which they could be happy?
To me, that is the key question at the heart of both books. For us, the answer was “yes,” true love overcame everything—years of lies, separation, harsh lives apart from each other—to conquer all. It’s definitely a happy ending love story.

My advice to young people is to listen to that wee small voice that is there inside you when you are all alone and uninfluenced by anyone. That is your instinct, your heart, your true self. It’s not always possible to act on every impulse it gives you, but you’ll be better off in life knowing what that small voice is telling you.

September, 1975: Shawn meets Dawn, his one true love, when she moves into the vacant house next door. Many people spend their life searching in vain for happiness, but he was lucky; finding it at the age of fifteen.

February 1979: Forbidden to see each other and feeling he is harming her by being in her life, he walks away from the love of his life, apparently forever.

December, 2006: After decades of sadness and mourning the girl that got away, he has a chance meeting with her that might change his life forever… again. Can the sweet bond of first love not only survive, but flourish?

Feels Like the First Time lets you share in the magic of young love in small town America in the 1970s. No matter how much the world changes, some things – timeless music, high school dances, making out in the backseat of a Chevy Vega, and of course true love – will always remain the same. 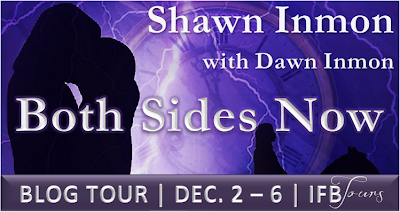 Shawn Inmon is originally from Mossyrock, a very small town in rural Washington State. Shawn used Mossyrock as the setting for his first bookFeels Like the First Time.

He has been a real estate broker in Enumclaw Washington for the last twenty years. Prior to that, he worked as a short-order cook, travelling T-shirt salesman, radio DJ, Cutco Cutlery sales rep, department store buyer, video store manager, crab fisherman, Kirby vacuum cleaner salesman, business consultant and public speaker. Shawn has often said that he learned everything he needed in life by having 400 different jobs.

He married his high school sweetheart Dawn thirty one years after he first asked her for her hand. Together, they have five daughters, five grandchildren and two chocolate labs named Hershey and Sadie.

a Rafflecopter giveaway
Posted by CCAM at 7:08 PM

By the sound of this interview, I'm sure I will fall in love with your writing. If you managed to capture my heart with these few phrases, I'm scared to think what will I be like after finishing the whole book :))) Thank you!

I love the sound of the book

I love second chance love stories. It's one of the reason to believe in love.

Sounds great story!
Thanks for the chance :D

Great story and review.. looking forward in checking out.

Thank you for the giveaway!! Safe Holiday to all.