The three novellas included in the Anthology Summer Heat are: In My Mother's Footsteps, Just Like in the Movies, Haunted Raine 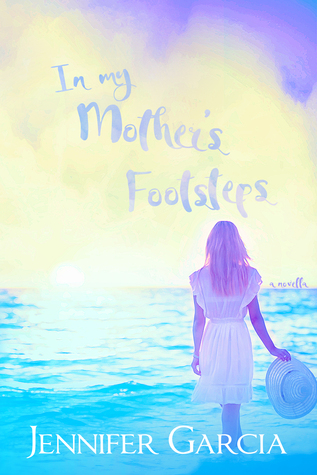 In My Mother's Footsteps Description:

Anela Alborn’s life is a lie. After growing up without the love of a father, her mother reveals his identity. Tragedy strikes and she sets off on an adventure that leads to more than she could ever imagine. Bumping into Christian Sivers distracts her from the real man of her dreams, her father. Will he live up to her dreams? And does she follow in her mother’s footsteps?


About the author
Jennifer Garcia’s (aka Forbes Arnone) love of travel began when she traveled to the West Coast to visit her father at the age of three. Her home until she was sixteen was a small coastal town near Boston. She currently resides in Los Angeles with her husband, two sons, and two dogs.

Her lifelong love for reading and writing was put aside for many years while she made her way in the world and nurtured her young family. Even though she is older, and life never seems to settle, she’s finding her way while attending college full-time in pursuit of a B.A. in English Literature. She also runs a business, and is still caring for her family. Believing she can do it all, with the help of her family, she worked on her first novel during the late hours of the night while balancing the rest of her life during the day. Her hard work paid off, as her first novel, My Mr. Manny, will be published August 2013. 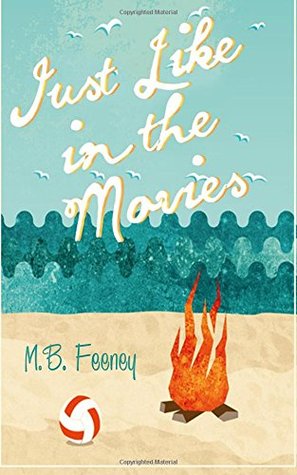 Ava Jones has settled for a life that she’s not sure she wants anymore, but won’t admit it. Her best friend, Erica Davidson talks her into taking a break on the Isle of Wight. Her days on the island are spent thinking things through, and arguing with Morgan whom she hates on principal.

Is it so wrong for her to want a life that follows the script of a honest to God romance film?

M. B. Feeney is an army brat who finally settled down in Birmingham, UK with her other half, 2 kids and a dog. She's also a student teacher, a doodler and a chocoholic. Writing has been her one true love since she could spell, and publishing is the culmination of her hard work and ambition. 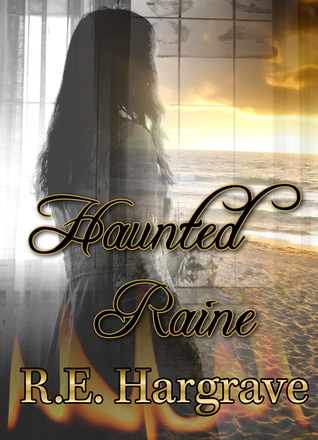 Distracted by the everyday routine of raising children, being a wife, and keeping a home, Lorraine Morrissey let life pass her by. Her wakeup call comes when she realizes that with their children gone, her husband Richard is rarely home, and she’s filling her solitary days with trivial tasks. A crazy idea to save her marriage leads to a summer beach vacation unlike any she’s ever taken; one that involves unknowingly buying a haunted house.

R.E. Hargrave is a fledgling author who has always been a lover of books and now looks forward to the chance to give something back to the literary community. She lives on the outskirts of Dallas, TX with her husband and three children.


Excerpt: In My Mother’s Footsteps by Forbes Arnone

My brown, wooden, antiquated cottage sat on top of a hill in Sausalito. The shingles were bleached out from exposure to the sun’s rays. A beautiful, naturally-worn deck wound around the small chalet and gave me one of the best views in town. The bold, red peaks of the Golden Gate Bridge were visible through the light haze of fog over the ocean. With the hot sun working overtime to clear the sky, the fog always seemed to linger around the tops of the bridge. To my left, I could look down and see the rocky shore that the tourists often frequented. The slick brown and black seals liked to sunbathe on the boulders at the water’s edge. People would gather to take pictures or have lunch in one of the quaint restaurants that overlooked the choppy, aqua-blue ocean.
I had grown up in Sausalito my entire life. With the exception of when I went to Berkley, I hadn’t adventured into the city much. Sometimes, I'd take the ferry to Angel Island with my mountain bike and take leisurely rides or run the hills. I hadn't done that since I ran out of my mother's house, either.
Now that I had packed up all of her belongings — with the exception a few things I wanted to keep — I was exhausted. As I sat on the deck of my small cottage and stared out into the vast ocean, I felt anxious about the file that sat on my lap. Lennie had given it to me at his office three days before and I had yet to open it. The fear at what I'd find seeped in and turned my stomach.
Focusing my attention, I looked down at the folder and decided the time had come to face whatever was inside. My hands trembled as I lifted the two metal prongs and opened the flap. I tipped the folder upside down to empty the contents, finding the usual white sheets of paper that were full of legal jargon. How I wished I didn't know what they meant. Sifting through it all, I found a copy of the deed to the house, which stated that it had been transferred to my name. Also, there was the pink slip to my mother's car to be filled out and mailed to the Department of Motor Vehicles, and a small envelope with my mother's messy, artsy script on the front. One word had been written on it: Anela.

Excerpt: Just Like in the Movies by M.B. Feeney

I’d met Marcus Tripp not long after joining Wilson Insurance. Although I’d never really fancied him, he was persistent. Our friendship had grown, and we’d fallen into a routine that suited both of us. I was happy with the attention, and the sex . . . yeah, it was okay. As time passed, the earth rarely moved when we were intimate; more often than not, it was pretty much over before it began. Still, we stayed together, more out of habit and familiarity than anything else. We did love each other. I just wasn’t sure that it was enough.
In the evenings I spent alone, I would daydream about living the life of a lead in a Hollywood chick flick, but then reality would slap some sense into me. My life was as good as it was going to get. I wasn’t about to be swept off my feet any time soon. Marcus and I were comfortable, and that was enough — for me, at least. I was too scared to ask Marcus what he felt.
We tried for a couple of years to have children, but it never happened. After many serious discussions, we decided to give up on the idea altogether. That was when we bought our first fur baby: a beautiful Collie cross called Rhea. She was our little girl, and we both doted on her. We assuaged our guilt over our mutual neglect by caring for Rhea, devoting our attention to another living being rather than to each other. The puppies, Remus and Romulus, soon joined her, and our “family” was complete.
For as long as I’d known him, Marcus had played Sunday League football, which was followed by an afternoon with his teammates at the very pub I was now approaching. Coupled with training one evening a week, his evenings out gave me more than enough time to spend with Erica or at home with the dogs.
“Have you thought any more about that holiday I mentioned?” Erica asked while we claimed our usual table. Our customary bottle of red wine was already ready and waiting for us.
“I have . . .” My words drifted away when I thought back to her idea of a girlie getaway on the Isle of Wight. Just as its name suggested, the top-class Lakeside Hotel with attached spa was located right next to a beautiful lake. Bliss.
“And? Why the hesitation?” Erica pushed like she always did, her blue eyes flashing once more as she looked into my brown ones.
The idea of a real getaway made the blonde hairs on the back of my neck stand on end, but I tried to rein in my excitement. “I don’t know. It sounds amazing, and Lord knows I could do with some time away.”
“Do it, then.”
I knew I had enough holiday time available at work. Screw it.
“Let’s do it.”


The fast approaching ground disappeared, replaced by an old, worn, wooden floor.
I shook my head to try and clear it of the cobweb fuzziness I felt. Raising my hands in front of me, I didn’t recognize them. They were dark brown, dry, and the skin was cracked in places. They didn’t feel connected to my body either. My words got stuck in my throat when I tried to ask what was going on. Swallowing to clear the blockage, I surveyed the room. Before me burned a dwindling fire inside an old-fashioned stone hearth, and to my right, old shuttered windows were thrown open, letting the cooling night air in.

The hoarse male voice startled me. I spun around, becoming aware of heavy skirts tangling in my legs.

“Yes, sir.” The voice, thick with a low country accent, wasn’t mine either, but the sound had passed through my lips. What the . . .

“How many sacks of cotton did you pick today?”

A tremor settled into my arms as panic tightened my chest. Tall and wide, the white man advanced on me. I skittered back toward the hearth at the look of hatred on his face.

“There are no excuses, Jesse. Rain or shine, y’alls task is at least two sacks a day while the cotton’s a blooming.”

“Did your momma get her two sacks picked?”

Beyond my control, my head shook side to side, and I curled in on myself more while taking another subtle step back. Warning sirens were going off, but it was obvious, I had no say over my faculties, nor did I have any idea what was going on. “She’s got the sick, sir.”

In slow motion, his hand rose, and I took in every detail: thinning, greasy brown hair slicked back from a shiny forehead, a narrow beak of a nose stretched down the length of his long face to a thin pair of pale pursed lips. His green eyes were bloodshot with the drink that wafted from his mouth. The yellowing linen shirt he wore was opened down to his mid-chest, exposing pale, untoned flesh. Proof that he relied on others to get the work done.

“‘She’s got the sick, sir,’” he sing-songed, mocking me. “Not my problem, girl.
What is my problem is that you owe me four sacks’ worth of cotton, and have nothing to pay with.”

At his words, an uneasy feeling settled in my stomach. I didn’t like where this was going and took another step back, bringing me a little closer to the fire and the iron tools I could see in my peripheral vision.

“But I can think of another way that you can start paying up.”

When he came at me, I spun to grab the poker. Before I could reach the tool, arms enveloped me from behind, yanking me back until I collided with a hard chest.


Renaissance Romance Publishing is a publishing house for romantics at heart (all sub-genres, from Contemporary to Science Fiction).

Thank you for hosting us! :)

Thank you for hosting us :)

Thanks so much for having us!