Will their feelings stay etched in permanent ink? - Seaside Christmas by Stacy Claflin

Cruz Hunter has always stuck out in his small hometown. Now that he’s covered in tattoos, the residents peg him as even more of an outcast. It seems like the whole world is against his dream of opening a local tattoo parlor. 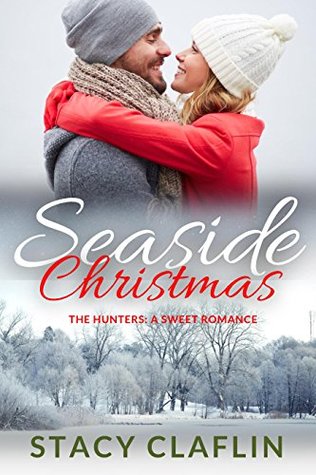 He can’t stand her. She thinks he’s crazy. Will their feelings stay etched in permanent ink?

Cruz Hunter has always stuck out in his small hometown. Now that he’s covered in tattoos, the residents peg him as even more of an outcast. It seems like the whole world is against his dream of opening a local tattoo parlor.

When he finally finds the perfect place for his new business, Cruz discovers a pastor and his daughter have already bought it. The only thing more irritating than the change in his plan is Talia, a beautiful and feisty argument in a dress. Cruz would like nothing more than to have her out of his life and his mind, but for some reason, she’s the only thing he can think about.

If Cruz and Talia can stop arguing long enough, opposites may do much more than attract.

The Seaside Hunters novels are a series of contemporary sweet romances. They’re set in the beach town of Kittle Falls, following the Hunter brothers as they make their way back to their hometown and find the loves they couldn’t elsewhere. Each book is a standalone.


The three of them sat at the freshly cleared table while Talia’s dad set up the game. Cruz sat back in the spot where he’d had dinner and pulled his sleeves up above his elbows, almost to his shoulders.
He had one tattoo near where his sleeve rested that was a heart and a flower with the word Mom. A black and white dragon wrapped around the lower part of that same arm, and its tail looped around the neck.
Cruz glanced Talia’s way, and caught her staring.
“Interesting tattoos,” she said.
He gave her a funny look. “You like them?”
Talia shrugged. “How does your mom like that one?” She gestured to the heart.
Cruz flexed as he peered down at it.
Her own heart nearly jumped into her throat.
“It’s growing on her,” he said. “Her tears are down to a minimum now.”
The corners of Talia’s mouth twitched. “That’s a good thing?”
He crossed his arms over his chest, flexing them—on purpose or was that just natural? He nodded and smiled.
“So, she likes them?” asked Talia.
“Yeah. She likes my dragon—she says he’s cute. Not quite what I was going for, but whatever.” He rubbed the top of the dragon’s head almost like it was a pet.
Talia had never been one for tattoos, but she kind of liked his. The artwork was really impressive.
Her dad cleared his throat. “You two ready to start this game?”
“Yes,” Talia exclaimed, embarrassed by her staring.
“Let’s get this party started.” Cruz leaned forward.

About the author:
I don’t stick to a single genre in my writing, reading, or viewing. My favorite shows include Supernatural, The Walking Dead, Pretty Little Liars, Lost Girl, Vampire Diaries, and Once Upon a Time.

I’ve been writing and telling stories for as long as I can remember. As a kid, my story telling would get me into trouble because I would try to convince others that my stories were real.

When I’m not busy writing, I like spending time with my family and friends. I also educate my kids from home.

I had to say, when I saw this was a Christmas story, my brain thought the intro said, "are they etched in peppermint ink?" LOL Christmas better come quick so I can clear my brain! lol