In the Fire world, seventeen-year-old Leah is the illegitimate daughter of one of the realm's most powerful lords. She's hot-blooded—able to communicate with the tempestuous volcano gods that either bless a civilization or destroy it. 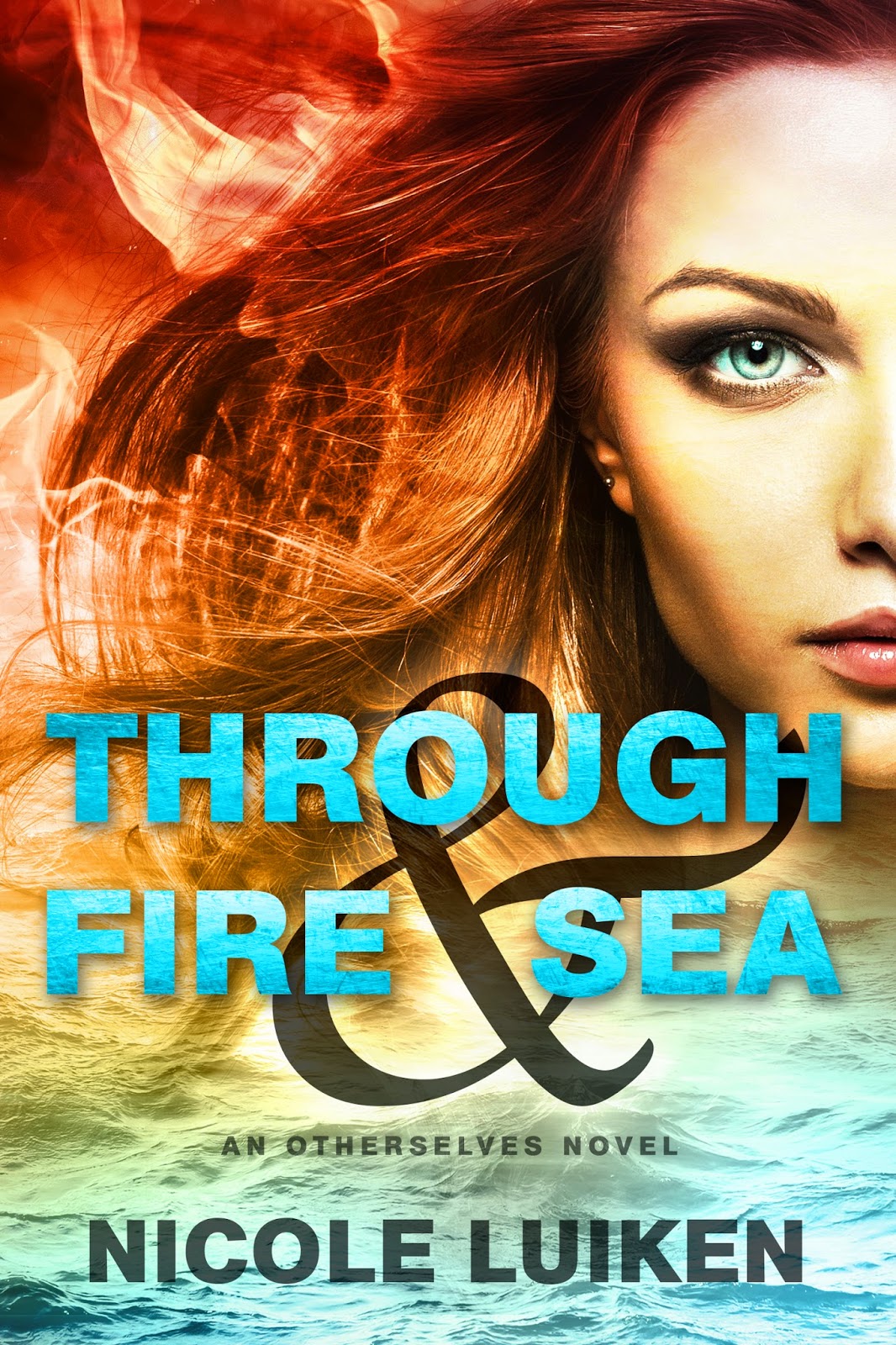 In the Fire world, seventeen-year-old Leah is the illegitimate daughter of one of the realm's most powerful lords. She's hot-blooded—able to communicate with the tempestuous volcano gods that either bless a civilization or destroy it. But then Leah discovers she's a Caller, gifted with the unique—and dangerous—ability to “call” her Otherselves in mirror worlds. And her father will do anything to use her powers for his own purposes.

In the Water world, Holly nearly drowns when she sees—and interacts with—Leah, a mirror image of herself. She’s rescued by Ryan, a boy from school with a secret he’d die to protect. Little do they know, his Otherself is the son of a powerful volcano god at war in the Fire world…and he’s about to fall.

As Leah and Holly's lives intersect, the Fire and Water worlds descend into darkness. The only way to protect the mirror worlds is to break every rule they've ever known. If they don’t, the evil seeping through the mirrors will destroy everything—and everyone—they love…


My fantasy novel Through Fire & Sea features a number of parallel worlds. There’s the True World from which the four other worlds were copied and the Mirror Worlds themselves: Fire, Water, Air and Stone.

Sliders This ‘90s TV show dealt with a group of students and their prof who ended up "sliding" between various parallel Earths in an attempt to find their way back to their own universe. Each universe looked mostly like ours but proved to have a subtle difference. The physics prof was played by Rhys-Davies, who is actually rather tall when not shrunk down to dwarf size for his role as Gimli in LOTR

Buffy the Vampire Slayer featured a parallel universe, in which most of the regular cast were either dead or vampires in the episodes “The Wish” and “Doppelgangland”. My husband and I are rewatching this series with our fifteen-year-old son.

Fringe. This popular SF TV show followed FBI agent Olivia Dunn as she investigated strange paranormal and fringe science phenomena with the help of Walter Bishop and his son Peter. In later seasons, it featured several different versions of Earth. In the main Earth Walter Bishop was a crazed genius, his so-called ‘Walternate’ was the Secretary of Defense. Big difference.

Once Upon a Time TV show. The Evil Queen’s curse removed all the fairy tale characters from their magic lands, gave them amnesia and placed them in an ordinary American town of Storybrook. I loved how each episode featured a flashback retold fairytale storyline as well as the main Storybrook plot.

Awake TV show. This one’s a little more obscure and only lasted a season, but I really liked it. Jason Isaacs (otherwise known as Lucius Malfoy) played a cop who’d been in a car accident with his family several months before. In one world, his son had died, but every time he went to sleep he would wake in a subtly-gray world in which his son had survived but his wife had died instead.

What are some parallel world stories in books, TV or movies that you’ve enjoyed?

About the author:
Nicole Luiken wrote her first book at age 13 and never stopped.

She is the author of nine published books for young adults, including Violet Eyes and its sequels Silver Eyes and Angels Eyes, Frost, Unlocking the Doors, The Catalyst, Escape to the Overworld, Dreamfire and the sequel Dreamline. She also has an adult thriller, Running on Instinct, under the name N.M. Luiken and a fantasy romance series, Gate to Kandrith and Soul of Kandrith.

Nicole lives with her family in Edmonton, AB. It is physically impossible for her to go more than three days in a row without writing.

Very pretty cover, thanks for the giveaway!

Sounds really interesting. I haven't read about parallel worlds before, but I like how they're each tied to an element (fire, water, etc).

Thanks! I love the cover, too.

I had a lot of fun designing the parallel worlds. Fire World has a medieval-fantasy vibe with Volcano Lords and hot-blooded magical talents. Air World in book two is more steampunky, and Stone World is a living underground dystopia.

What a great cover and the guest post was very nice.

I like the summary and Leah sounds like a great character. She sounds strong and has a cool power.

Wow. The mirror worlds sound so confusing, but cool.