"I lifted Gertrude into my arms and followed Ella and the stranger through the muddy darkness. My feet sank into the ground with each step. The rain boots were no match for the mud. My feet were soaked by the time we got to the building I had spied through the trees. I still couldn’t tell much about it through the rain. I just tried to make it to the front door as quickly as I could while shielding Gertrude inside my hoodie." 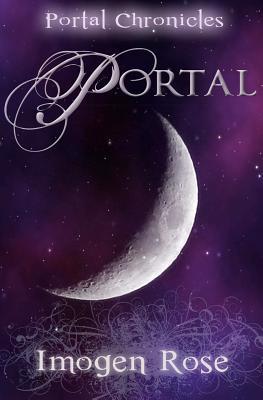 Come Find Me Two Years Ago...

She suddenly finds herself living the life of a glamorous cheerleader. She finds herself transported from her happy life with her dad to living with the mother she hates.

Everyone knows her as Arizona Darley, but she isn't. She is Arizona Stevens.

As she struggles to find answers she is certain of two things -- that her mother is somehow responsible, and that she wants to go back home to her real life.

That's until she meets Kellan...

When there was a sharp knock on Mom’s window, she opened the car door. I was expecting Dad, but instead a man I didn’t recognize appeared. He had dark hair and blue eyes that gleamed as he kissed Mom right on her mouth. Disgusting. He scooped her up in his arms with a laugh as she ruffled his hair.
Ella shouted a delighted, “Dad!” as she tried, unsuccessfully, to scramble into the front seat. Gertrude wagged her tail furiously, but thankfully showed restraint and stayed by my side.
“Hi, girls!” The stranger smiled. “Let me carry your mom in, and I’ll be back for you guys in a jiffy!”
As they disappeared, I felt my stomach tighten again. Where was my cell phone? I felt for it in my hoodie pocket where I usually kept it, but couldn’t find it. So, I bent down and looked around for it on the floor. Nope, not there, either. This was getting scary. I looked over at Ella. She didn’t look the least bit concerned as she traced stars on the fogged-up window and tried to look outside. There was a second knock, this time on Ella’s window. Her door was opened, and the man reappeared.
“Dad, look at the doggie!” Ella grinned excitedly.
Dad? I thought I’d misheard her before, but this was the second time she’d called him that. Had she lost her mind? It was late and dark, but that man looked nothing like Dad. He was over six feet tall with dark hair and light-colored eyes. Our dad is a balding blond with brown eyes and a beer gut—not from beer, but from those enormous New Jersey diner breakfasts. I felt a sense of panic wash over me again and could hardly breathe.
This had to be a dream! Some sort of post-SAT nightmare. What else could it be? I would just have to dream it out.
However, I found my mouth saying, “Stay, Ella. Don’t go anywhere with that man!”
“You silly!” She clambered into his arms, as I tried to grab her legs.
“Come on, Arizona, it’s wet and muddy. Can you carry the dog in?” The strange man furrowed his brow at me, clearly puzzled, as he picked up Ella.
I looked at Gertrude. She was wagging her tail at the man. Okay, this had to be one of those dreams where one dreams one is awake, but one is actually still fast asleep. I lifted Gertrude into my arms and followed Ella and the stranger through the muddy darkness. My feet sank into the ground with each step. The rain boots were no match for the mud. My feet were soaked by the time we got to the building I had spied through the trees. I still couldn’t tell much about it through the rain. I just tried to make it to the front door as quickly as I could while shielding Gertrude inside my hoodie.
Mom was standing by the door with her arms full of towels. She threw one around Ella, then proceeded to pat me dry… Yikes! Too much physical contact.
“Go to your rooms, shower, and get into your pajamas. Then, come down for hot chocolate.” She turned to remove Ella’s rain boots.
“You can both sleep in tomorrow,” the stranger added.
I had no idea what to do or what to say. I wanted to scream and shout, but that would only land me in the psych unit, so I clenched my mouth shut, held my breath, and decided to wait for the dream to end.
I looked around. We were in a ginormous hallway, dominated by a double stairway. Five archways from the hallway led to… I had no idea. I had a room here? If so, I had no idea where to go. As houses went, this one wasn’t too shabby. I followed Ella up the stairs. Gertrude ran past us and disappeared. There were a number of doors at the top of the stairs, so I hung back to see where Ella would go. She went straight through the first door on the left and shut it behind her. The door had a pink sign on it that read Ella’s Room. Very handy. Hopefully, mine would have a nameplate as well.

Perfect! Well, almost. The sign was pink, my least favorite color. This was where I hoped I was in a dream, rather than a nightmare. I was really hoping my room wouldn’t turn out to be a cave full of tarantulas. I gingerly pushed open the door and went inside. Everything looked normal. No giant insects, monsters, or murderous beasts. It was, in fact, almost exactly like my room at home in Princeton, which would be weird if this wasn’t a dream. My bed sat in the exact same spot as at home with my Edward Cullen poster—hey, maybe this would turn into a romantic vampire nightmare!—above it. On closer inspection, I did spot some differences from my real room. For one thing, a pink monstrosity had replaced my New Jersey Devils bedspread. Ugh! However, a huge flat-screen TV, which covered part of one wall, made up for it. Cool!
I noticed two doors on the far wall. Could those be the nightmare doors that had zombies on the other side? I slowly walked to the first door, opened it, and peered inside. It was pitch black. Hoping not to lose my arm to a beast, I felt around for a light switch. I found the knob and turned it.
Wow! My own bathroom! I was beginning to like this dream. Though small, the bathroom had a shower, sink, and toilet. I opened the cabinet under the sink and found towels and extra toothpaste.
Feeling more confident, I walked over to the second door and opened it. I was overwhelmed. Now, I knew I was in a dream—a walk-in closet. It was huge, at least three times the size of the bathroom. All of the clothes hung neatly above some drawers and even a few shoe stands. But, I didn’t recognize the clothes. I would have to inspect them later. First a shower—I stunk.
I took off my muddy jeans and hoodie, threw them into the laundry basket, and stepped into the hot spray of water. It felt so good, soothing my aching back. That ride must have been long; I was stiff. I shampooed my hair, then wrapped myself in the large, pink towel that hung on the railing outside the cubicle before stepping back into my room. After drying off, I located a comb on a very prissy-looking dressing table and sat down on the bed to untangle my hair.
I absentmindedly relived my last hockey goal. It had been my finest moment on the ice this season. As I reminisced, I idly glanced into the mirror at the far end of the room and was jolted back to the present. Who was that staring back at me? I slowly walked over to the mirror and gaped into it. My hand wandered up to my hair. I yanked at it. Ouch! It was attached to my head, but it couldn’t be mine. It was blond… platinum blond! I looked ridiculous, like an awful Barbie doll. I pulled it again, harder this time, willing myself to wake up, but winced as I pulled out a small clump. I stared at the hair in my hand, feeling the strands with my fingers in disbelief. I felt a sense of dread, and then lost control. I screamed.
“Mom!”
Still wrapped in my towel, I ran out of my room and stumbled down the stairs. Halfway down, I stopped. I held my breath. I wanted to shout and scream, but I held it all in. The last thing I wanted was another trip to the psych unit.

Goodreads ** Audible ** Amazon ** iTunes
About the author:
Imogen Rose is the author of the bestselling series, Portal Chronicles, which has attained cult status within indie literature and become a favorite among teens and adults alike. An immunologist by profession, Dr. Rose published her first work of fiction in 2010. She now writes full time and is currently working on her second teen series, the Bonfire Chronicles. Imogen was born in Sweden and has lived in several places, counting London among her favorites. She moved to New Jersey in 2001. A self-confessed Hermès addict, Imogen freely admits to being obsessed with Kurt Cobain. She enjoys shopping, traveling, watching movies, and hanging out with her family, friends, and Chihuahua.

Pretty cover, thanks for the giveaway!

Thanks for hosting me on your blog!

I liked both the excerpt, and the beautiful book cover. I love purple.

The cover is very eye catching for interested readers!

The cover really draws me to the book.

love the cover, thanks for the chance!

The cover and excerpt are both very good! I am very interested to know more about the characters and the story!