Review and Giveaway: The Wilde One (Old Town Country Romance #2) by Savannah Young 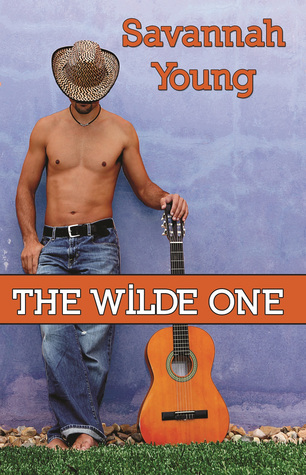 
Old Town Country Romance is a new series that quickly imposed to the readers’ attention promising „spicy contemporary romance about four sexy brothers, their small-town bar and their local country band.” For is not it, no matter how we hide, having in view what symbolize and not necessarily the reality, the music and the cowboys were always one of the top women’ day dreaming and when they are bring together ... it becomes even more attractive.

The author plays the role of matchmaker, being resolved to marry all four brothers, and after the first two volumes it is logical to assume that every brother will find his half. His better suited half, because it seems that each of them gets exactly what he needs. At least that was with the first two. However, a rule seems to be always present, because as Tucker says: „The Wilde brothers fall fast and we fall hard.”

If in the first volume, Cooper and Riley succumb to the temptation ... the instant attraction between them, Tucker has something to face. That's because Gracie has a history that terrifies and that you didn’t wish to anyone. At only 19 years she could be forever lost. Her luck will be Tucker. And we're not talking here about love at first sight (note that we talk about "first sight" respecting Wilde brother mentioned rule), but Tucker's inability to accept any suffering and injustice and his "genetic" desire to do what is right. If the reward for the deed could be translated in this case as the opportunity to find the true love it’s even better. The problem is that very likely, the reward could be the destruction and or death of both.

But Grace is not the only one burdened by her past. The mental and physical suffering that he came back with from Sandbox will increase his secluded and seemingly violent way of behaving. Seemingly, because having the power to kill, he is willing to be killed to ensure Gracie a secure future. Are you curious now?

Gracie's unexpected connection to one of the secondary characters from the first volume makes me wonder if the author prepares something about Savage, „the closest thing I’ve [Tucker] got to a friend.”

Being all introduced in the first volume, I was most curious about how will be Tucker’s story. My disappointment is that the brothers’ stories are created in the short story format and the action is linear and runs too fast. These "lacks" are offset by the attractive style of the author, nice characters and how she makes you read in one sitting. So I'm pretty sure that I will have a look on the following two volumes considering who left "not committed": Jake, the big brother, played a lot with fire, so his true love – that he is unwilling or unable to admit - is almost ashes, and Hunter, the youngest, whose presence has been meteoric so far.

So, if you are looking from some enjoyable time, you could try Old Town Country Romance stories.

TOUR SCHEDULE
Goodreads ** Smashwords ** Amazon ** Barnes&Noble
About the author:
Romance novelist Savannah Young grew up in rural northwest New Jersey in a place very similar to the fictional Old Town, which is featured in her books. When she's not at her computer creating spicy stories, Savannah is traveling to exotic locales or spending time with her husband and their bloodhounds

Book looks very good will have to go check it out.

I like a good romantic novel; sounds great, love the cover :)

Thank you so much for hosting me on your website!
Savannah Young

this looks like a book my GF would read at the beach.

Oh, yea, I remember the first book. I loved that book. The cowboys are mine because I love they to. The covers is amazing and I adore it. Guitare, bad cowboy... body. God.

i love the cover!!! and it sounds great i look forward to reading it. thank you for the giveaway

the story intrigues me.

the plot! it sounds interesting

why,the sexy cowboy on the cover intrigues me the most ;)
(Karla Sceviour)

the cover is hot makes you want to read it, just to see.... thanks for the giveaway

I've been wanting to read this series.

I love that its a romance!