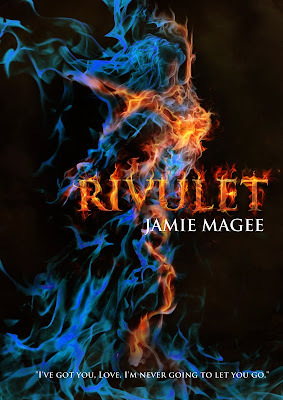 Unfathomable forces have always contested Genevieve Indiana Falcon, known as Indie. The curse of her cold touch entraps her just as the grief ignited in her past torments her. Yet, her mysterious ability to dream while awake saturates her in the belief that she was not always anguished. There is hope that one day a true peace in her soul can be found.

Foolishly, Indie assumes she has contained her life in an odd balance, and she cherishes the visions she sees of the enigmatic boy that held her in a lost time, but can never reach. She grieves for a life she fears she'll never possess, and that grief is a weapon she uses against her aunt who stands between her and her inheritance.

Weeks away from her twenty-first birthday, the date where she would assume control over her family legacy, a night terror robs Indie of the balance she was clinging to. Like the dream she had before she lost her family, it predicts a fatal catastrophe on the horizon. The fight between life and death, good and evil, began the moment her thundering heart awoke her.

Everything changed after that dream. The one thing that keeps her curse at bay is stolen, and then the enigmatic boy arrives in the flesh. Face to face with her fiery born-again lover Indie realizes that the only way she can prevent the tragedy before her is to surrender everything she was, is, and could be.

Can she bend the laws of nature and fight the improbability that fire and ice could ever be one? As far as Indie is concerned, there is not a myth, spoken fate, or curse that is stronger than her stubborn desire to have it all ... including him.

He sat down next to Skylynn and broke our gaze only to throw a glare to the corner the writer was working in. As if commanded to, the writer gathered his things and left without another word.
Skylynn let out a sigh as she slouched on her stool and pulled her coffee to her lips.
“Phoenix, please let me introduce you. This is Miss Genevieve Indiana Falcon,” she said with a nod to me.
Phoenix reached across the bar for my hand. As if under a spell, I gave it to him, but he didn’t shake it. Instead, he brought it to his warm lips. With his touch, I felt a slow burn ease through my body, causing my toes to curl and a gasp to escape my gently parted lips.
I had imagined this very scenario a million times over, feeling his skin, seeing his eyes meet mine, the touch of his lips against my skin. No doubt I had a very weak imagination. I had never felt anything so amazing in my life.
“Genevieve…it’s a pleasure,” Phoenix said in a deep voice that was pure silk. He said it the exact same way, the same way I heard him say it in that wing. How is that possible? How could he so clearly mock an ancestor of mine? How did Skylynn know him? How was any of this real?
“Sebastian,” I whispered before I could stop myself.
A wretched smile echoed in his hypnotic gaze. “Phoenix,” he said quietly, as if the lie was killing him.

Jamie Magee has always believed that each of us have a defining gift that sets us apart from the rest of the world, she has always envied those who have known from their first breath what their gift was. Not knowing hers, she began a career in the fast paced world of business. Raising a young family, and competing to rise higher in that field would drive some to the point of insanity, but she always found a moment of escape in a passing daydream. Her imagination would take her to places she’d never been, introduce her to people she’s never known. Insight, her debuting novel, is a result of that powerful imagination. Today, she is grateful that not knowing what defined her, led her on a path of discovery that would always be a part of her.


Website ** Goodreads ** Facebook ** Twitter
Author's Giveaway
a Rafflecopter giveaway
Second Giveaway:
One random commenter will win an eCopy of Rivulet! To enter comment here with your preferred ebook format and a way for us to contact you.
Posted by CCAM at 2:00 PM