"The dream is freaking me out for three reasons:
1. It was a nightmare.
2. I haven’t spontaneously dreamt for almost a year.
3. It’s the night before my final test." 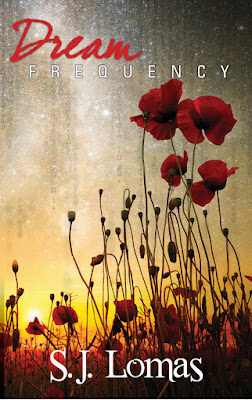 Christine would never have considered herself new recruit material for a secret U.S. agency. Until recently, she's just been an ordinary girl graduating from high school and wondering if a friendship with Gabriel, a mysterious coworker, would grow into something romantic.

When Christine's fascination with Gabriel leads to her discovery of dreamworlds, she learns that she's anything but ordinary. In this thrilling conclusion to Dream Girl, Christine and Gabriel must choose their allegiances and face corruption, conspiracy, and the complexities of love in order to save themselves and everyone who matters to them - or die trying.

Even though I hadn’t been in this dreamworld since last summer, I knew the street as if I’d lived on it my whole life. Like an invisible cord led me right to the house I wanted to visit.

Thunder rumbled low in the distance and a chilling wind blew right into my face. In the past, it would’ve scared me, but now it just made getting to the house more urgent.

Dark clouds tumbled over themselves to cover the moon and sky. The temperature was dropping quickly but it didn’t bother me. I had to get to the house.

The cool air took on a presence of its own. Each step I took was met with resistance, like the air itself didn’t want me to make it to the house. I needed to go faster.

Breaking into a run, I pushed through the cold, heavy air, like breaking through a wall of plastic wrap. Only for every step, I had to push through again. The memory of the woman in the threadbare robe holding up her baby hung in my mind. I had to get to that house and find her. She was there. I don’t know how I knew, but I did.

Once the house was in my sights, the sky opened up as I’d never experienced before. People say it rained buckets but this was more like the sky had morphed into a waterfall. It crashed down over my head, instantly soaking me through. A steady stream of icy rain kept falling over me and the air thickened as though I were running through a wall of cotton balls. Each step took the strength of running a marathon. The wet, freezing air didn’t provide for very satisfying breaths. Each inhale stung my nose and shocked my throat. I quickly became a panting, waterlogged mess.

But the obstacles weren’t frightening. I’d gotten through some training lessons with Britton and I already had an idea of how things could be manipulated here. The nastier it got, the more determined I was to get there. The drive to reach that house was my only impulse. It might be uncomfortable, but it wouldn’t get the best of me. I had to find that woman so I could help Gabriel. Nothing mattered beyond that.

About the author:
S.J. is a cheerful Michigan girl who writes strange and somewhat dark stories for young adults and those who love to read YA literature.