Just when Abby and Eli think that their problems with Pete are solved, he disappears and takes Ren with him. Ultimately, their only choice is to venture off to Colorado to find him and rescue Ren. There was only one thing standing in their way; Abby's mom. 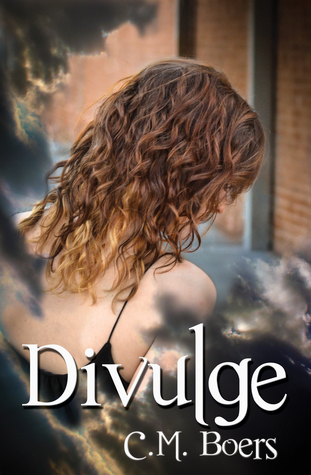 Just when Abby and Eli think that their problems with Pete are solved, he disappears and takes Ren with him. Ultimately, their only choice is to venture off to Colorado to find him and rescue Ren. There was only one thing standing in their way; Abby's mom. But surprisingly, she falls for Abby's excuse hook, line, and sinker. Then after numerous dead ends, Abby and Eli are finally on the right track. That is, until Abby's second nightmare comes true. Her fear and anxiety pulls Eli back to her once again, ruining their chances of catching Pete. How would they ever get Ren back now?

Back at home, things are beginning to go back to normal again - or were they? Abby and Eli are even able to go on a proper date. But when someone comes up missing, Eli and Abby's relationship will test its limits. Will it survive?

Through it all Abby is sick of being treated with kid gloves, it's time for a new persona. Abby dons her new outlook on life and never-fear attitude, bringing new friends into her life, but it just might put her in over her head.
How will she get out of it this time?

Abby Martin was an ordinary girl about to start high school, or so she thought, until she became plagued with nightmares after learning that she would be moving to Arizona with her mother. Stressed doesn't even cover what Abby is feeling when she thinks about trying to make new friends, but to her surprised she is surrounded by a new crowd from day one. She is even drawn to one guy in particular, Pete, but when Eli tries to convince her to stay away, she begins to second guess whether he is the guy for her.
Unfortunately, she doesn't heed his warnings and finds out too late he was right all along.

What's more is Eli isn't who she thought he was either. Immortality, kidnapping, and gifts are now swirling through her mind. The deeper she dives into learning of Eli's world she finds herself more confused and in trouble. And to top things off Abby suddenly can't stop thinking of Eli, her Protector, in a whole new light, is that love she's feeling? Abby and Eli get in over their heads when Pete is plotting against them, but who will come out on top?

"I felt a little like a double agent living a secret life apart from our friends at school. Their biggest concern was their next test or why their parents were on their case this time. Mine was whether I would make it through the day without yet another person coming out of the woodwork to do Eli or me harm. To top it all off, I was having a new nightmare that had a good chance of coming true. We were worlds apart, yet here we sat, all together as if nothing was separating us at all. I longed to be like my friends again, to lead a normal life with normal problems. But then again, I wouldn't have Eli. Some things were worth the sacrifice."

Obscured was C. M.'s debut novel. What began as a way to spend her free time slowly transitioned into a passion for writing. She's currently working on releasing her second novel, Divulge. The best is yet to come!

C. M. is a mother of three. She grew up in the sunshine state of Arizona with a love of reading and an ambition to write. But never took her writing seriously until after the birth of her first child. After that she took up writing more seriously in her spare time and hasn't stopped since.