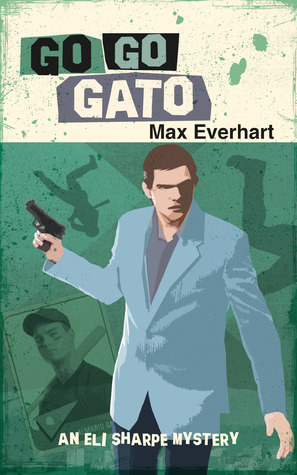 Eli begins by questioning Maria Gato, Almario’s roommate and fraternal twin. Maria watched while both her parents drowned on the boat ride from Cuba to America, so she is naturally desperate to get her only brother back. She tells Eli a secret: Almario may have a problem with drugs and alcohol.

Eli tracks down Almario’s supposed girlfriend, a rich sorority girl, but is soon led to another woman in his life, Sheri Stuckey, his cocaine supplier and fiancée who works in tandem with a gay bartender named Dantonio Rushing. Stuckey, a drug abuser and single mother, claims Almario split because she wanted the two of them to check into rehab. But Rushing, dazzled by Almario’s boyish good looks, tells a different tale: Almario has taken out a $500,000 life insurance policy on himself and named Stuckey as the primary beneficiary.

With the help of his a mentor—a former homicide detective—and five ex fiancées who still care about him, Eli follows Go Go’s trail, determined to locate the elusive ballplayer before one of the nasty people in his life—or his own bad habits—do him in.

Writing a good mystery novel is a bit like mixing a drink. But I’m not talking about a rum-and-coke, or a scotch-and-soda here. No, I’m talking about the fifteen-dollar cocktail that takes the mixologist twenty minutes to prepare and contains half a dozen spices, four different types of flavored liquor, two varieties of mango, and an edible drink umbrella made of granulated sugar.

If you’ll excuse me for belaboring the metaphor.

Like mixing an overcomplicated cocktail, writing a good mystery can seem difficult. But it doesn’t have to be, as long as you begin with the one key ingredient that all—yes, all—great mystery novels have in common: a dynamic protagonist. If you begin with a three-dimensional main character, the other needed elements—clever plot, strong sense of place, and memorable characters, to name but three—should follow naturally.

Think about the Sherlock Holmes books, for example. They all contain ingenuous and, on occasion, improbable plots, mysteries that keep us mortal readers guessing from beginning to end. But if the cases themselves were not extraordinary, if they could, even in theory, be solved by another sleuth, Holmes would have nothing to do with them. (His ego, his intellectual vanity wouldn’t allow it). It is precisely because of his brilliance as a detective that he is attracted to extremely complex mysteries. He likes the challenge. Nah, he needs the challenge. Ipso facto, without Holmes there would be no clever plot in any of those novels, no real story. Holmes faced with a moderately puzzling case would make for dull reading, indeed.

Another example: Philip Marlowe, Raymond Chandler’s famous private eye. Now sure, the mean streets of mid-twentieth century Los Angeles in those novels is alluring to readers, as are the duplicitous characters and labyrinthine plots. But at the core of those books is Marlowe, himself a flawed, yet likeable protagonist. In spite of his hard drinking and smoking, he has a strong moral compass, in addition to an endless supply of sarcastic comebacks. Too, and this is the part about his character that often gets overlooked, he is keenly aware of the ocean-sized gap between what is legal and what is moral. (Why do you think he is a private detective and not a cop? Quite a layered character, no?) His complexities as a protagonist are what make those books work, for Marlowe, like Holmes, plays by his own rules and requires an honest-to-goodness challenge—i.e. an interesting case, filled with formidable opponents and other obstacles to overcome.

I have other examples—Miss Marple, Spenser, Adam Daglidesh, Jim Rockford (yeah, I threw in a TV detective), but space prohibits me from discussing them all. For now, let’s examine this topic from the writer’s perspective. Think of this in terms of cause and effect. If you have an idea for an interesting protagonist, logic would dictate that he or she be involved in an interesting case (i.e. mystery). In turn, that interesting mystery must involve dynamic characters (i.e. suspects). In turn, those dynamic characters must be more than just bowling pins for our main character to roll right over. They must be three dimensional, complex, engaging, and mysterious. Like our protagonist. Who is at the very core of the mystery. Full circle.

Let me put it another way. Smart people tend to surround themselves with other smart people. As a writer, all you need to do is create that one smart person at the center of your mystery, and then work outwardly from there. It’s logic. Dare I say, it’s elementary.

I’ll sign off with a challenge: show me any great mystery novel that doesn’t have a dynamic protagonist at its core. Do that and I’ll buy you a drink. Nothing with an umbrella in it though. Or granulated sugar. Me, I favor whiskey and soda. No ice. No soda. Simple.

Veronica pushed her sunglasses atop her head and produced a key. She unlocked a little red box above the other elevator buttons and pressed the only button inside. “The penthouse,” she said. “Top floor.”

“So you’ve already seen her today?”

“Yes, I drove from the airport to DMSI Investigations and then straight here.”

“So you lied to me.” Eli stood on his tiptoes and looked down. “You’re taller than six feet.”

The elevator opened directly into the fifth floor penthouse.

The apartment was open concept with more white marble floors and walls. The main living area had twenty-foot ceilings and a large glass window overlooking the downtown cityscape and the Blue Ridge Mountains beyond. There was a 50-inch plasma screen TV mounted on the wall, and a red velvet loveseat and matching armchair arranged around an ultra-modern coffee table made of dark wood with a white lacquered surface. Marquez’s novel Love in the Time of Cholera lay dog-eared on the coffee table along with a Statistics textbook. Eli shuddered at the memory of taking STATS 215—all those nights spent guzzling instant coffee and staring at a blank sheet of graphing paper. Something spicy was cooking somewhere, and his stomach groaned.

“Wait here,” Veronica said and clicked her heels into the kitchen, which was separated from the rest of the space by a wall that only reached halfway to the ceiling.

Eli sat down in the velvet armchair and picked up Marquez’s novel. He didn’t read Spanish, but as he stared at the opening paragraph, he remembered the book’s opening, something about death and the smell of almonds. He put the book back where he found it and walked to the large picture window. The traffic inched along Biltmore Avenue below. Sunlight gleamed off the hoods of cars and neighboring buildings. A small band of Phish fans milled around the fountain, strumming guitars for spare change and smoking cloves. Eli walked to a door leading out to the terrace. A selling feature for most, but he didn’t care for heights. Or stainless steel furniture. He returned to the red velvet armchair and waited.

Several minutes later Veronica waved Eli toward the kitchen. She leaned in close, grabbed hold of his jacket lapels, and stared into his eyes. “No bullshit, Almario is all she has.” She bit her lip and let go of his jacket, smoothed out the wrinkles she’d made. “At the moment, he’s all I have.”

Eli got his first look at Maria Gato in the kitchen, which was massive and cold like the rest of the apartment. Raven-haired with a dark brown face sprinkled with pimples, Maria stood over a steaming sauce pan, her marble-black eyes focused on what looked like chicken bubbling in a reddish sauce. Her skin tone was much darker than Almario’s, and standing next to Veronica, Maria appeared dwarfish and plump, bordering on fat. Her clothes weren’t flattering either: a baggy tie-dyed T-shirt splattered with flour and red sauce and Jordache blue jeans that hung loose off her wide hips.

Eli introduced himself, and Maria lowered her eyes as she shook his hand. Firm grip. Strong, callused hands.

Veronica opened a drawer, removed a clean white apron, and slipped it over her pencil skirt, tying it off in the back. She put a hand on Maria’s shoulder. “Eli Sharpe, the quiet one here is Maria Gato, Almario’s twin sister. Maria, Mr. Sharpe is the private investigator I hired to find Almario. He needs to ask you some questions. Don’t worry, he’s here to help.”

Maria nodded a second time and continued stirring her pot with a wooden spoon.

Eli said, “Veronica tells me you received an email from Almario yesterday. Is that right?”

“No, it isn’t,” Maria snapped. “The email was from Almario’s address, but it wasn’t him.”

“Do you mean someone other than Almario wrote it?”

“Yes, someone else wrote it.”

“The grammar. It was full of mistakes.”

Max Everhart has a master’s degree in creative writing from the University of Alabama, Birmingham. His short stories have been published in CutBank, Elysian Fields Quarterly, Slow Trains Journal, and juked.


His short story, “The Man Who Wore No Pants,” was selected by Michael Knight for Best of the Net 2010 and was nominated for the Pushcart Prize and Dzanc Books’ Best of the Web Anthology. Currently, he teaches English and Creative Writing at Northeastern Technical College and Coker College. Go Go Gato is his first novel.

Terrific post. Some great insight into writing mysteries. Thanks so much for sharing this with us.