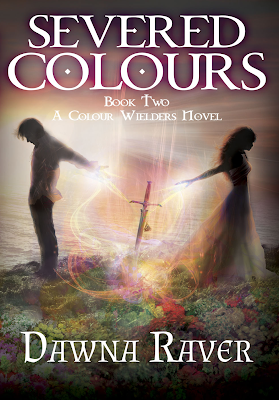 Quinn Sinclair trusted Arik Morgaine until he betrayed her. Scared and alone, she finds herself delivered into the hands of the evil Morgana le Fay. When Quinn discovers Morgana's plans are beyond demented and seriously depraved—making life with the Changeling seem like a day at the beach—she wonders if death is a better option?

Arik Morgaine vowed he'd save Quinn no matter the price. When his well thought out plans go terribly awry, a desperate and heartbroken Arik is forced to beg the cruel Triarchia for help. Unwilling to go on without his Älskling, he answers a question that irrevocably alter their lives.

Can Arik and Quinn find a way back to each other, or will the price of saving her rip them apart forever?

How do I enter the giveaway?


Just visit each participating blog and find the word in green. Then submit that word to the Rafflecopter widget on the entry option that matches the blog on which you found the key word. Each word you find and submit will earn you an entry into the giveaway.

"Zaira!" Arik yelled, standing outside Quinn's _______ in Conifer. Thank the Gods Quinn wasn't here to see the state of her property. The land was once again battle scarred. But the state of the royal sibling's home was in ruins. But the property was the least of Arik's problems. Buildings could be rebuilt. Lands could be _________.
Broken hearts weren't so easily mended.
"Arik Morgaine! Why do you ______ me again? Do you fancy me your beck and call girl? You risk much by coming here. Morgana will note your absence."
"Quinn thinks I've ________ her. The pain in her eyes…. I—I can't do this."
"Arik Morgaine, it is too late to turn the tide now. The lot is cast. You must stay the course."
"What if she can't _______ me? What if—?"
"Stand and be the man you are." Zaira crossed her arms over her chest, her opal eyes narrowed as she looked down at him. "Would you rather the Princess enter the Fading Times? For that is the alternative.”
Arik forced himself to his feet sans his ______ swagger.  "Call the quest completed," Arik implored. "Let me take her home to the Magykal Realm."
"You know that is impossible. Once the quest is set only _______ lifts its prohibitions."
"I know who carries the __________ Valknut," he said, playing his one trump card.
"Do you now?" Zaira lifted her perfect white-blonde brows.
"Aibrenne." Arik ______ his chin and pinioned Zaira with a _________ stare. "And what's more, I think you've known all along, haven't you?"
"I will not deny your assertion." Zaira's voice was cool and unaffected as if they discussed the color of the sky. "Admittedly, I gambled. One that ______ to return the bargained for rewards.
Arik ground his teeth together. "Why does it seem like I'm the only one who cares about what's at _____? Screw this! I'm taking Quinn out of there, and I'll ______ it out myself."
"Arik Morgaine! You will do no such thing. Either you stay and follow the Princess into the Marbh Chamber, or you watch her die. Choose now!"
Arik clawed both hands through his hair. "You don't understand," Arik said, his voice a regretful whisper. "This is killing me. I—I can't be _______ her."
Zaira blinked rapidly as if she warred with some decision. "I told you both your _______ would not be an easy one. I will do what I can.
Arik leaned his head back and howled, letting out his rage, frustration and fear. His dark emotions manifested into _________ clouds and loud claps of thunder.
Zaira lifted her eyes heavenward as she ______ for his fit to pass. She shook her head in a chiding manner. Her ass-long braid shimmied with her ire much the way a dog's tail ________ when agitated. "It is about faith, Arik Morgaine."
"Fine, Emissary, I'll operate on faith." Arik unsheathed Magyk Slayer and planted it in the ground between himself and Zaira. "But make no _______," Arik said and glared down at her. "I swear to the Gods above and all we hold precious, if Quinn doesn't survive this, I will use the Magyk of Making to make the _______ of the Dubh War look like a stroll through a field of daisies on a summer day. Are we clear?"
With that, Arik shifted away.

Behind the Faerying Mysts, hidden from Mortal eyes, is a land where gods and creatures of myth and legend dwell. And in the Mortal Realm, their Princess is hidden away.
Quinn Sinclair lives an ordinary life with her less-than-loving mother in Conifer, Colorado, clueless of her true nature. On the night of her birthday, a staggering betrayal sends her life spinning out-of-control. As she struggles to pick up the pieces, a vision of a man with haunting tourmaline-blue eyes begs her for help, and she is transported into a Magykal battle-forever changing her life.

Arik Morgaine-Demigod bad boy and outcast of the Magykal Realm-tried to avoid contact with Princess Quinn for eighteen years, not wanting to make good on an old threat. But the fates have other plans. Arik can no longer deny his growing desire for Quinn, or the need to protect her from those wanting to control her burgeoning powers. Can the two of them come together and save the Magykal Realm from being destroyed by the Darkest of Magyks? 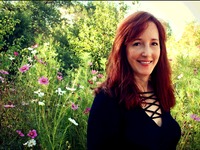 Author's INT Giveaway
a Rafflecopter giveaway
Posted by CCAM at 7:01 AM